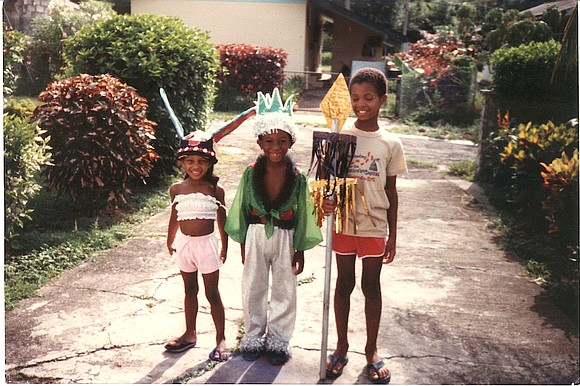 “The House on Coco Road”

“The House on Coco Road” is an intimate portrait of Fannie Haughton, an activist and teacher who moved her children from Oakland, Calif., to participate in the Grenada Revolution only to find her family in harm’s way of a U.S. military invasion.

In 1982, prominent political activist Angela Davis, her family and Haughton visited Grenada to witness the revolution, led by the charismatic and newly enshrined prime minister Maurice Bishop. The next year, Haughton was offered a position in the Ministry of Education, and so she uprooted her children and they left their Oakland home to move to the burgeoning utopia. Her son, the film’s director Damani Baker, remarked, “I’d never seen her happier.” But with Bishop’s assassination and the United States invasion that followed, the dream of what Baker explained as, “a population of African descent taking control of their destinies,” was more than deferred, it was crushed—and Baker lived through it.

In search for the untold and unfinished story, mother and son both returned to Grenada in 1999 to begin shooting this documentary, and in the process, shared the experience of living through Bishop’s own coup and the invasion, in a very personal, yet universal, way. “The House on Coco Road” allows us to see interviews with Bishop’s mother and sister, hear radio recordings made before and during the invasion and see images of a Grenada otherwise lost to us.

The film features an original score from singer/songwriter Meshell Ndegeocello and is co-produced by actor and activist Danny Glover (“The Color Purple”). Baker’s search for historical and emotional truth will confirm his mother’s place in American history.