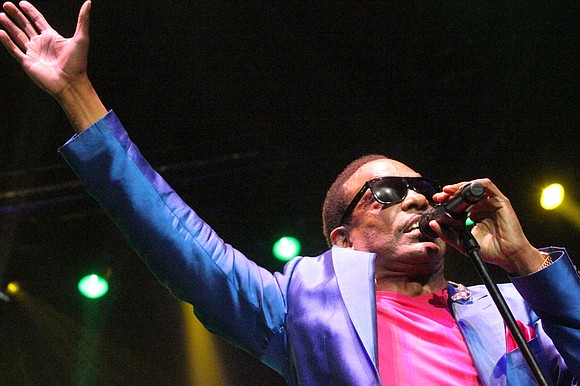 College is supposed to be that time when people begin to find themselves and make inroads to maximizing their potential. For Charlie Wilson, he was given a glance at a full circle version of himself. Wilson gave a little known antidotal reveal to illustrate.

It was at a music seminar at the ’71 Chicago Black Expo. The headliner/instructor was giving some vocal exercises and sought some participants. As Wilson recalled, “All my classmates were pointing behind my head, so he called me up to sit at the piano with him and mimic what he was doing.”

Over time that brief interaction grew more importance. Wilson continued, “Leroy Hutson, who was a really good friend of Donny, told me, ‘Man he used to talk about you all the time. He said that young man is going to one to be reckoned with.’”

Proving to be just as prophetic as some of his songs, Hathaway was correct in his assessment. To balance that narrative, as disclosed in an interlude for his current album he shared, “When I got to college—I’ll never forget—one of my professors told me that I wasn’t gonna be nothing at life, that I was gonna end up in an alley. It kind of ended up that way, at least for a while, cuz I did end up on the streets at one point in my life doing drugs and alcohol.” Unfortunately, that professor was right as well.

Delivering on both prognostications has shaped Charlie Wilson into the man and entertainer he is today, and you get the feeling that he wouldn’t trade that for anything. In his career, he has ascended the heights of stardom, as a member of the legendary funk collective, The Gap Band, almost lost it all, including his life, and now is basking in the glow of rebirth. The numbers don’t lie: eight No. 1 singles, 11 Grammy Award nominations, a best-selling memoir and ongoing sold-out, coast-to-coast arena tours. Charlie Wilson is gettin’ busy!

“I’ve been in this game for many years,” reflected the Gap Band co-founder and solo star. “I’ve had some big hit records and sold a lot of records. But I need to still show people that I’m in it. It’s championship time.”

With album No. 8, he underscores that declaration with his latest album, “In It to Win It” (P Music Group/RCA). The set boasts lead single “I’m Blessed” featuring T.I. “‘I’m Blessed’ says exactly where I am in my life, blessed to still be making music that people want to hear,” said Wilson. “2016 was a tough year for so many people around the world. So I’m proud to release a song to remind us that we can all find some blessings in our lives. And having T.I. bring his flavor, sharing who he is and how his journey is filled with blessings, is an added bonus.” Joining T.I. are Pitbull, Wiz Khalifa, Robin Thicke and frequent partner in rhyme, Snoop Dogg. “I’m proud of all the appearances on the album,” said Wilson. “They came together like they were supposed to. Nothing sounds forced.”