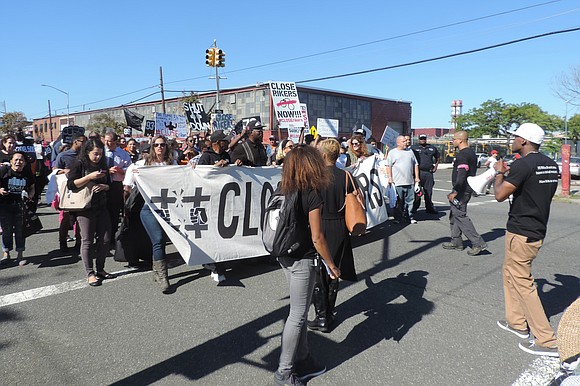 If 2017 has shown us anything, it’s the power of regular people banding together to make substantive political change. I am still celebrating Mayor de Blasio’s announcement to close Rikers Island, a jail that is notorious for its violence, human rights violations and warehousing of thousands of non-convicted individuals for weeks, months and even years at a time. I do hope the many activist communities are taking a brief and much deserved moment to breathe and celebrate what many consistently said was the impossible.

The notorious 417 acre Rikers Island Correctional Facility was established in 1932 and has grown to encompass sometimes up to 15,000 inmates at any given time, and that does not include the close to 10,000 employees on the island as well. In so many ways, Rikers Island has turned into a form of “debtors prison” for those unable to pay sometimes relatively small amounts of bail. When an individual is unable to pay bail, or bail is not granted, they head to Rikers Island, and in so many instances, their lives are irrevocably changed. Average New Yorkers who have done something wrong (and gotten caught doing so) often lose their employment, miss school and endure further financial strain because of their time on Rikers Island. This inequitable system unfairly punishes poorer New Yorkers who do not have access to capital or know individuals who can assist them in paying bail to avoid being locked up. As a democracy, we cannot continue to have a two-tiered punitive system, one for those who can pay to avoid jail time and another for those who cannot.

Some of my earnest students are very invested in the idea of building more jails and prisons to keep “bad people” away from society. I must remind them that many of the people on Rikers Island are accused of “crimes” that they themselves have committed. The major difference is my students live in communities (or dorms) that are not hyper-surveilled and have families, social networks and access to lawyers who can make sure they never see the inside of a courthouse, let alone Rikers Island.

The mayor should be applauded for his effort to tackle what has been a blight on our city and our democracy for far too long. However, we cannot walk away from the fight now that this first hurdle has been overcome. We must continue to put pressure on the mayor and his successors to make sure the next wave of jail systems do not replicate Rikers Island at several smaller locations. If this closure is a 10-year plan to overhaul the system, we must celebrate this major victory, take a brief break and prepare for the many battles ahead pertaining to location selection, officer training and overall educational efforts to reduce the stigma of incarceration, whether temporary or permanent.