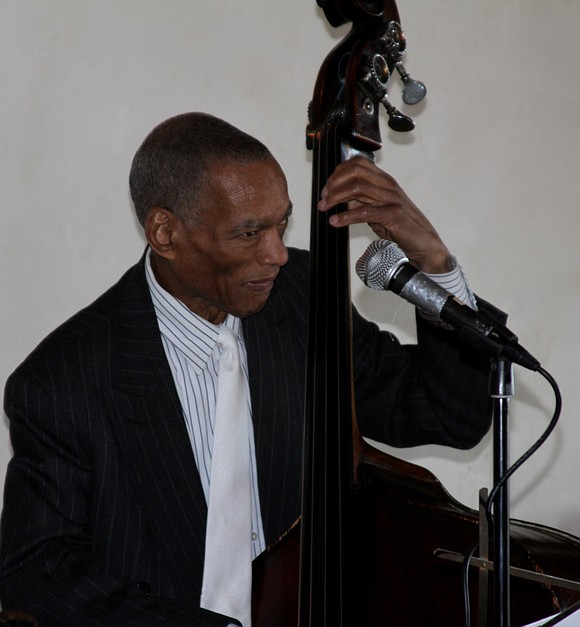 Bob Cunningham, the consummate bassist and composer whose deep rhythmic sound became sought after by such bandleaders as Gary Bartz, Dizzy Gillespie and Frank Foster, died in New York April 1. He was 83.

The pertinent details were not available at press time.

He recorded and toured extensively with the Yusef Lateef Quartet from North and South America to Africa, the Caribbean and throughout Europe. “I’ve had the pleasure of knowing and playing with Bob for over 40 years,” said saxophonist and composer Bill Saxton. “He was my big brother, always pushing to be better. He was one of the best.”

After arriving on the New York jazz scene from his hometown, he became a welcomed regular. For three years and then some, one could see him in action every Monday night at the Musicians Union Local 802, where he held down the bass chair during the Jazz Foundation of America’s Jam Session.

Although Cunningham did not record many albums as a leader, he did enjoy recording success and an extensive collaboration with The 3B’s, featuring the jazz and blues pianist Bross Townsend and the soulful drummer Bernard Purdie, in the mid-1990s. He appeared on Bartz’s album “Home” (Milestone, 1970), Gillespie’s “An Electrifying Evening with the Dizzy Gillespie Quintet” (Verve, 1961) and Freddie Hubbard’s hard swinging “Backlash” (Atlantic, 1970).

“I worked with Bob at St. Nicks Pub, St. Peters Church, Monday Jam for JFA, and sometimes he played at my Singers Connection open mic and Jam,” said singer/songwriter Okaru Lovelace. “He always sounded good. Sometimes he played his bass as a violin with the bow. He was always giving everyone a big smile and was very supportive.”

He often played at some of the major jazz spots in Manhattan, such as the Lenox Lounge, St. Nick’s Pub, 55 Bar and Sweet Rhythms in the West Village.

Cunningham was a good friend of Cobi Narita, the tireless jazz promoter, activist and supporter. He often played at her jazz fundraisers and live jazz programs. During the summer months, he often had center stage at Jazzmobile’s annual outdoor concerts.

“The loss of Bob Cunningham is one that the music world will feel for a long time,” stated Robin Bell-Stevens, executive director and CEO of Jazzmobile. “As a highly respected instructor at Jazzmobile, students often raved about his teaching technique and skills. Personally I met him through Ellington bassist, Dr. Aaron Bell, who took me to my first Bob Cunningham performance.  My Dad always wanted to make sure that I heard the best jazz artists perform live. Bob Cunningham was a very

Cunningham is survived by his wife Bonda Cunningham, who is planning a memorial at a later date.