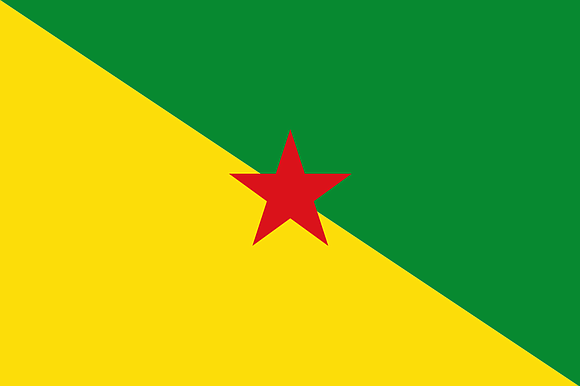 Authorities in Paris, France, have approved a billion-dollar package for its Overseas Department of French Guiana, ending weeks of crippling strikes, street protests and general unrest as locals came out vehemently with complaints of decades of rank neglect and discrimination from France.

The unrest had crippled France’s colony on South America’s Caribbean coast as protestors had taken to the streets for several weeks, disrupting activities at the Guiana Space Centre on Kourou, from where French and European communication, military and other satellites are launched into space.

French authorities have periodically been forced to deal with political and industrial flare-ups over the years, but the 2017 version was so intense that the issue was only settled after both sides had compromised and had softened original negotiating positions.

For example, protest groups had been demanding a grant aid package of $2.5 billion to address a string of social ills, including poor roads, bad living conditions, worsening crime and a shortage of jobs for youths.

The protestors had also complained that France, which has a long and shameful history as a colonizer, has been treating its colony of approximately 300,000 people as a faraway outpost that it could on most days forget, important only because Paris makes millions from hurtling rockets into space.

The launch of Brazilian and Korean rockets were canceled during the unrest. The issues were finally settled after Paris said it will fork over $1 billion for developmental purposes. Calm is slowly returning to the city of Cayenne and other districts.

Several French cabinet ministers had hurriedly flown to the colony in a bid to resolve the situation, occurring just weeks before the April 23 French presidential elections.

Part of the reason for the simmering tensions is unemployment running at 22 percent and food and other prices being as much as 50 percent higher than in France. Flights from Cayenne are considered domestic flights. Locals want cheaper fares.

Living conditions of nonwhites such as Haitians, Peruvians, Guyanese, those from neighboring Suriname and other “outsiders” are far lower than the whites who live there, hence the feeling of discrimination and neglect. France also administers Martinique, Guadeloupe and French St. Martin.

Trinidad-based journalist Mark Wilson said he was appalled about the lack of interest and media coverage shown by French Guiana’s Caribbean neighbors such as Suriname and Guyana, both members of the 15-nation Caribbean trade bloc.

“Anywhere else in the Caribbean, and this would be our front-page news,” Wilson wrote. “But it’s the French overseas region of Guyane. I’ve seen nothing in the English-language Caribbean media—even from nearby Guyana, but in mainland France, Guyane has been headline news. The French national security minister and overseas territory minister flew to the capital Cayenne Wednesday for talks.”

French Guiana has a growing population of creoles, mulattoes—mix of white and Afros—and Haitians. The creoles are approximately 70 percent of the population and along with other nonwhites are far poorer than the whites.

The independence movement, like those in other overseas territories, remains small, and leaders in France have made all too infrequent treks to the Caribbean to keep leaders there updated on conditions back home.