Raise the Age smoke and mirrors 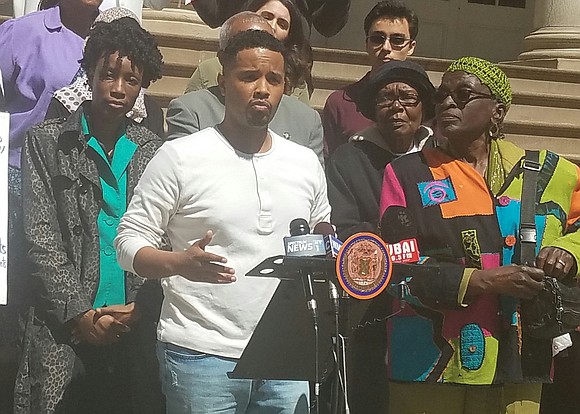 While this change is a victory, something within me won’t allow me to celebrate. What I’ve learned is that for marginalized communities the power structure expects you to celebrate marginal wins, and many elected officials will begin the ceremony. However, the lesson for me is that we need to re-create what a victory means. A victory on anyone’s back and that leaves anyone out is probably not a true victory. It can be progress, but not victorious. This “win” will leave out youth who commit the most serious offenses, all youth will have to wait 10 years to have their records sealed and 18-19 year olds will see no change. These conditions are in a state budget that underfunded public education and housing while throwing money at developers and charter schools.

I am also reminded that my once 16-year-old older brother was incarcerated as an adult in New York State for a violent crime, and the only difference he would experience today is not going to a county jail with adults, at least not until he ages out of youth facilities. So although we raised the age, our consciousness and interconnectedness is still stifled by politics, as usual.

Our initial rallying cry remains the same, all kids all crimes. That is what raising the age right would look like. I recall a senator saying, “what we wanted to do here was simple, treat 16- and 17-year-olds as 15-year-olds.” While this sentiment is true, it is not so easy, because in New York State 13-, 14- and 15-year-olds can still be prosecuted as adults for certain crimes.

As I watched the victory tour on Raise the Age, I began to be insulted. Insulted by the fact that elected officials would lie and call a half victory historic. Insulted that Black and Brown communities are expected to quietly accept whatever crumbs the state throws at them while Republicans get more than their fair helping of the New York State resources. Then, I realized that more than insulting, it is criminal. Youth are being tortured, brutalized and murdered at the hands of New York State. So although we still think some 16- and 17-year-olds should be treated as adults for their “crimes,” who will hold the governor and the New York State legislature accountable for theirs?

“It’s just like when you’ve got some coffee that’s too black, which means it’s too strong. What do you do? You integrate it with cream, you make it weak. But if you pour too much cream in it, you won’t even know you ever had coffee. It used to be hot, it becomes cool. It used to be strong, it becomes weak. It used to wake you up, now it puts you to sleep.” —Malcolm X

My hope is that our perceived progress does not put us to bed.