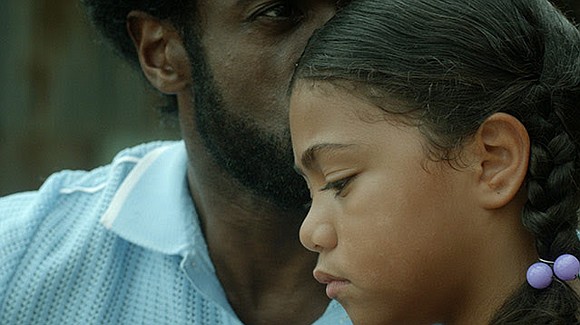 "Gangs of the French Caribbean" Photo Courtesy of Happiness Distribution

Wake up New York City. It’s film festival time and the power of the African and African-American creative voice is alive and well and just a MetroCard swipe away. Click your digital calendar because BAMcinématek—in their seventh year—presents the New Voices in Black Cinema festival starting Wednesday, April 26, and running through Sunday, April 30.

It is a bold move but necessary because storytellers have power despite the current political climate perfuming the air of the United States, where the administration wants to cultivate fear in an effort to divide and conquer.

The importance of sharing stories is how we connect our humanity, and the films presented this year reflect a wide spectrum of views and themes within African Diaspora communities in the United States and beyond. The series includes nine feature-length films and two shorts programs. New Voices in Black Cinema is part of ActNow program that has been successfully partnering with BAMcinématek since 2009. The goal is to provide a showcase for new and established voices in Black

Bringing the noise, the series opens April 26 with “Burning Sands,” which marks the feature filmmaking debut of producer Gerard McMurray. The film follows a freshman fraternity pledge’s descent into the violence of underground hazing.

“9 Rides” (April 26 and April 29), the first feature to be shot entirely on an iPhone 6, is the second feature by director Matthew A. Cherry. The story follows an Uber driver as he traverses Los Angeles on the busiest night of the year.

“Steps” (April 27) is co-directed by Rock Davis and Jay Rodriguez Jr. The theme of the film is about forgiveness and centers on a man, working as a home health worker, who is assigned to care for the gang member who shot him years before. On April 29 and April 30, we also feature two shorts programs.

On the international cinematic front, director Jean-Claude Flamand-Barny’s “Gangs of the French Caribbean” (April 28 and April 30) is set in 1970s France. The thriller is a hard-nosed look at the West Indian immigrant experience in France. Perivi Katjavivi’s “The Unseen” (April 28) follows three characters searching for meaning in Namibia, a country also in search of an identity after years of colonization and apartheid. It screens with short film “The Suit” by South African director Jarryd Coetsee. Also screening is Joseph A. Adesunloye’s debut feature “White Colour Black” (April 28), which follows Leke, a London photographer, who, after his father becomes ill and passes away, returns to Senegal and rediscovers his

On the documentary side they are offering director Daphne McWilliams’ “In a Perfect World” (April 30), an intimate and at times personal exploration of the dynamics of sons raised by single mothers. “Quest” (April 27 and April 29) is by director Jonathan Olshefski. This documentary captures the life of a Philadelphia-based African-American family across the eight years of Barack Obama’s presidency. Lastly, “Blaxploitalian” (April 29) sheds much needed light on the experiences of Afro-Italian and African diasporic actors in Italian cinema. It screens with short film “The Gospel.”