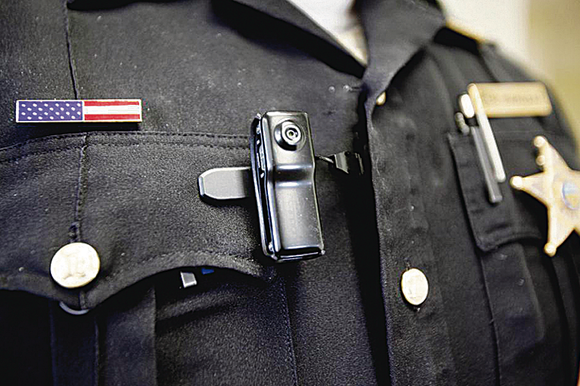 The New York Police Department’s body camera program launched this week, but not without a fight from activists.

Last week, Communities United for Police Reform and other community groups filed a legal opposition to the NYPD’s then-proposed policy. Submitted to Judge Analisa Torres, they wanted to halt the program’s rollout. The community groups, along with entities like The Center for Constitutional Rights, believe the language of the program renders the concept of body cameras for cops meaningless.

“[T]he NYPD’s [Body-Worn Camera] Proposal undermines three reasons [that the court articulated in its ordering them] and also fails to advance the priorities of police transparency, accountability and the necessary involvement of New York’s most impacted communities,” read the legal filing. “Major flaws in the BWC Proposal will, if implemented, undermine reform efforts and instead provide mechanisms to protect abusive officers rather than the public. New York City should not deploy BWC unless the significant flaws in this BWC Proposal are addressed and remedied.”

“NYPD’s Body Worn Camera Proposal is missing a number of critical policies necessary to ensure communities of color are protected from unjust, unconstitutional and ineffective law enforcement practices,” said Rao in a statement. “It is imperative that any BWC proposal put forth by the NYPD outlines specific guidelines for transparency and accountability.”

NYPD’s body camera program came as a result of the Floyd v. City of New York case in which a federal judge found stop-and-frisk to be unconstitutional and ordered the police to use body cameras. But Darius Charney, CCR’s senior staff attorney, said the program turns accountability away from the police and criminalizes citizens.

“The court ordered the body cameras to address constitutional violations by NYPD officers, not to provide an additional tool for police to investigate and charge New Yorkers,” said Charney in a statement. “The pilot policy approved by the monitor turns this purpose on its head. The importance of community input and judicial review of police practices and reforms cannot be overstated here.” CCR officials also stated that the camera policy, as is, gives officer too much discretion about when to record and makes it difficult for anyone who isn’t an officer to see footage.

Union leaders have also called out the NYPD’s implementation of the newborn program.

“Our members have fought hard in the courtrooms and the streets for greater oversight to end police brutality and the harassment of our clients,” said Deborah Wright, president of the Association of Legal Aid Attorneys for UAW Local 2325, in a statement. “With this new body-worn camera policy we see only superficial changes to existing standard operating procedures of the NYPD that will not protect our clients, like Eric Garner, who was tragically killed by an NYPD officer while on video.”

While CPR, the NYPD inspector general and others have asked for disciplinary consequences for officers who don’t comply with the new policy, none were added to the program. CPR cited several instances of officers across the country altering or deleting footage, tampering with cameras and not recording incidents of police brutality (some of the most high profile incidents happening with the Los Angeles Police Department, the Chicago Police Department and the City of Albuquerque Police.

Other activists have called the NYPD to the proverbial carpet.

“While we were encouraged to hear that the NYPD had advanced Body Camera policy, the program as outlined is incomplete, does nothing to advance police transparency and accountability and promises to undermine true police reform,” added Justice League founder and Women’s March co-chair Carmen Perez in a statement.