Each One Teach One Summer League Basketball approaches the finals 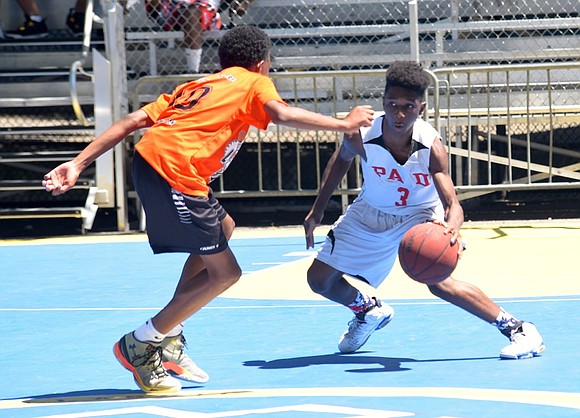 Depending on the time that you attend during the weekend, you’ll find New York City basketball legend Bob McCollough at Each One Teach Summer League Basketball games on Frederick Douglass Boulevard, Eighth Avenue and West 155th Street. There’s not much that McCollough doesn’t know about ball, and he’s a nice man, well versed. The league’s director, George Ball, will often say something like, “To discipline one’s thoughts is to unlock the mysteries of one’s mind,” leaving you to think and ponder.

In the Biddy Division there are the Bobby Bingo Basketball Club, Central Baptist Church, the Harlem Jets, the Harlem Stars, Playtime and Polo Grounds.

The High School Division features the B-Ballers, Castle Athletic, the Courtsmen, Each One Teach One, Fact Over Opinion, Kipp NYC, the PAL, Puerto Rico and Teach Our Youth, as well as another entry from the Bobby Bingo Basketball Club and Central Baptist Church.

Each One Teach One’s playoffs are scheduled for Saturday, Aug. 12. The championships are Aug. 13.