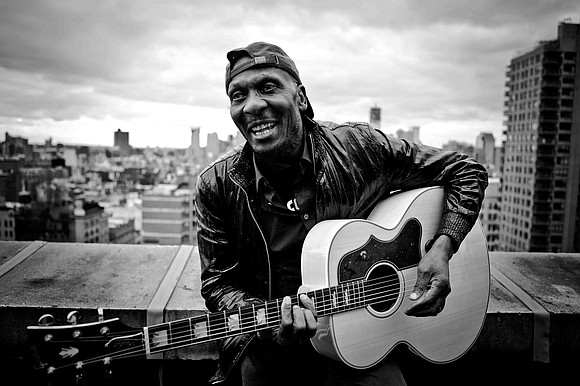 Jamaican musician and reggae legend Jimmy Cliff continues his long and influential career, which began in Kingston, Jamaica in 1962, with a single that was released earlier this spring titled “Life.” The 69-year-old singer/songwriter and actor shared wisdom from his life as an artist. Cliff has plans to release a string of singles and new collections of music in the future, and he was kind enough to speak with the AmNews about his early career, his new music and what he’s learned as a seasoned global artist.

AmNews: Tell me about your new single, “Life.”

Cliff: The single “Life” is about living here and now, and acknowledging life is a journey in time, and one should endeavor to make it better every day.

AmNews: You’ve lived and have seen the world change. What got you to the point of your personal interpretation of what life is?

Cliff: Growing up, I knew at one point in time I wanted to be successful. I knew I was a singer/songwriter and actor, so I set goals. Goals are reached in the future. I realized when looking to the future, I need to take time and live in the now. So, it was coming to that realization.

AmNews: Is it a balance?

Cliff: It is a balance, and I’ve come to understand the balance. Because tomorrow never comes. Every time it becomes today, tomorrow becomes today.

AmNews: Is your new music going to be released as a set of singles or is it going to be a full album at some point?

Cliff: I do want to put out another single. And in terms of the album, there’s an idea of putting out as two EPs, then put it out in its totality. We are not totally settled on it, but I know I want to put a number of singles out before we reach the point of releasing an EP and an album.

AmNews: When did you know you wanted to spend your life as a musician and actor?

Cliff: Well, I realized quite early that it is the thing I can do best. I tried to do a few other things. My father was a tailor and as a child, I couldn’t even make a button hole. He tried to teach me, and I couldn’t even do that! My father was also a farmer, and I couldn’t do that. So, I realized the thing I could do best and was most comfortable with is what I am doing now—singing, playing and acting. If I give that up, what will I do, sit at home and get fat?

AmNews: How did your father take it when you told him you wanted to be an artist?

Cliff: He didn’t take it well at all. At the time, he took me to Kingston to go to Kingston Technical College, so at the back of my mind, I already knew I didn’t want to be a radio and television technician. That’s what I was supposed to be studying. So, when I told him I was going to make music, he just said, “Well, you’re on your own.” I said, “OK, I’ll take that.” I began to earn money from the thing I love to do and it felt good. Then I made records and started to become popular in Jamaica, and I went back to my district and before I had gotten back there, people were telling my father I was popular in Kingston and in the newspapers and on the radio. My friends told me he shunned all of that [news]. When I went back home, in front of me he told people “God gave him that gift,” meaning he didn’t want to admit that I didn’t do what he wanted, and that I just did the gift God gave me, so he found a way out for himself.

AmNews: Is there anything else you would do if you couldn’t make music?

Cliff: I can speak quite well. And over the years, I’ve accumulated quite a bit a knowledge in various areas. I’ve traveled to Africa intensely—North Africa, ancient Egypt and Ethiopia—because I felt I needed to have knowledge of myself. In doing that, I have a very good factual knowledge of humanity and how we came here, so I feel I could lecture. I would still have an audience, but I think I enjoy my music a lot more, but maybe [lecturing] is something I can do part-time in the future.