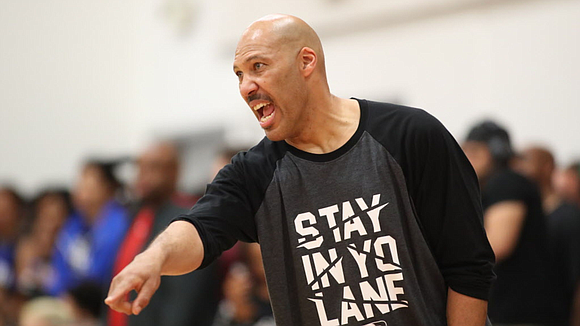 Referees, umpires and game officials have made enough bad calls over the years to make it difficult to ever really come to their defense. In addition to just plain old bad calls in general, a player has been notoriously thrown out of a game by a ref for staring at him. Another for laughing with a teammate while sitting on the bench. A baseball player was ejected from a game last week for moving the on-deck circle over to avoid being in the path of foul balls.

Head umpire Gerry Davis told Texas Ranger Adrian Beltre to stay within the designated location while waiting his turn at bat during the eighth inning of their game against the Miami Marlins. Beltre moved the on-deck circle to where he’d been standing, waiting each time throughout the game. Davis ejected Beltre and then Rangers’ manager Jeff Banister, who came from the team’s dugout to defend Beltre, arguing the call.

Referees are like the police. You give them props for their acts of good, for bravery, their heroism, but you know that they have the ability to mess all that up, so having a personal feeling about the referee that was removed from LaVar Ball’s AAU basketball game in Las Vegas last week is an option. What’s not optional is how the league and sponsors of the tournament are run.

Having any scheduled official removed during a game at the behest of a coach or an organization is wrong and provides that team with an unfair advantage over their opponent. It becomes an unequal playing field.

Ball, the father of Los Angeles Lakers’ rookie Lonzo Ball, this season’s No. 2 NBA draft pick, was eventually ejected from coaching the game because of technical fouls. Ball had disrupted and held up play of the game and had threatened to remove his team from the court, which would have forfeited the game for his team. Adidas, the sponsor and host of this event, should have let that happen, or disqualified his Big Ballers team themselves. The integrity of Adidas must now be questioned. Lack of integrity, professionalism and structure allows a coach or program such as Ball’s to be dysfunctional. Adidas apologized Monday, acknowledging in a statement that “it was the wrong decision.”

George Ball, who runs the Each One Teach One program here in the city, no relation, is familiar with some of the craziness that has,gone on and that can go on in these tournaments from his experience as a player, coach and tournament organizer. “We wouldn’t allow him to coach in our league for at least a year, if he wasn’t banned completely for a stunt like that,” noted Ball.

“I hate to see that confused, disappointed look, the reaction on the face of those young players and their parents,” said Rochelle Murphy, director of the Slam Jam Summer Basketball Classic played in Harlem. “You want to do something to help lessen the negative impact on them.”