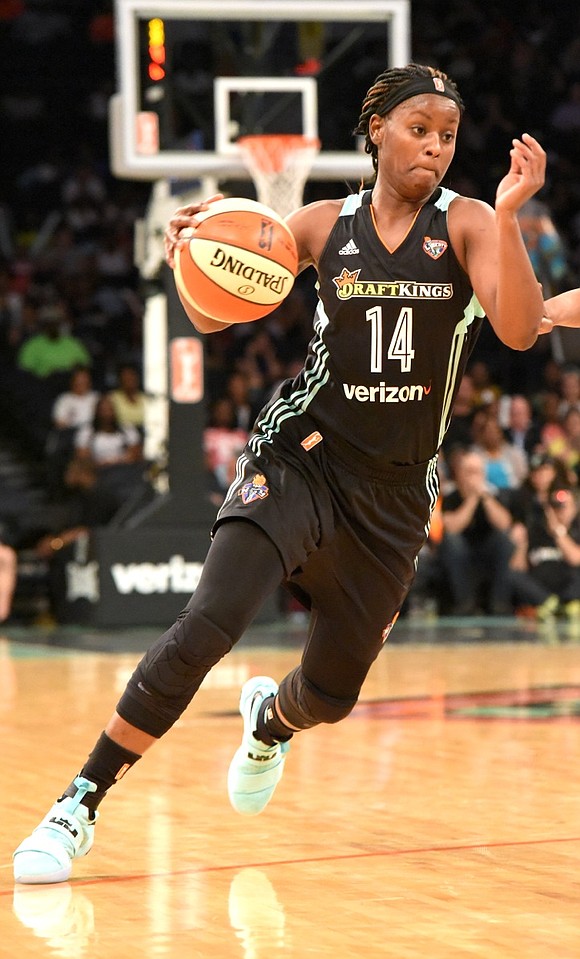 Past the halfway point in the 2017 WNBA season, the New York Liberty is clearly on track to make the playoffs. On a long road trip that is taking the team around the country, the sought-after cohesiveness is finally coming into focus as the players are stepping up individually and collectively.

The first game after the All-Star break was a close 76-75 loss to the league-leading Minnesota Lynx. Coach Bill Laimbeer praised the Liberty’s guards, such as Epiphanny Prince, for stepping up when Tina Charles was being denied the basketball. Although that was a loss, Laimbeer said the players were strong and highly motivated during this five-game road trip.

“We definitely came out with a statement… [Bill] wanted us to show forth, especially to the league, that the New York Liberty isn’t a team that is still on a roller coaster,” said Charles. “We are regaining our identity.”

At its next stop, the Liberty defeated the Indiana Fever 85-84 in a tightly played game. Down by as much as 15 points, the Liberty surged back in the closing moments of the game. Guard Bria Hartley, one of the team’s players from the New York area, matched her season high with 17 points, including going three-for-three in 3-pointers.

“Bria made some very big shots tonight,” said Laimbeer. “She’s getting better day by day and her confidence is building.”

“In the first half we kind of let them be the aggressor,” said Hartley. “In the second half, we started bad in the beginning, but we came out and turned it around and we were able to get them back on their heels and people made big shots.”

It was another close game against the Chicago Sky with the Liberty coming out on top 86-82. This game marked consecutive road wins for the first time this WNBA season. The bench stepped up big time with Kiah Stokes achieving a double-double with 10 points and 16 rebounds and Sugar Rodgers scoring 14 points.

“I know they drafted me to be a defensive stopper and rebounder,” said Stokes, in her third season with the Liberty. “I just tried to be in the right spots at the right time.”

The road trip continues with a game against the Los Angeles Sparks before the Liberty return to Madison Square Garden Aug. 8 to face the Fever.