Yankees, over achieving, go in hard against the Sox and Mets 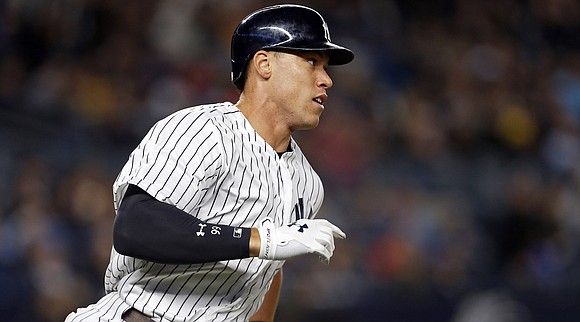 The New York Yankees finish up their three-game road series tonight (Thursday) against the Toronto Blue Jays to jump right into 10 straight games against their rivals. The Boston Red Sox, and then the New York Mets. They’ll play three against Boston at Yankee Stadium (the Bronx) from Friday to Sunday, and then four against the Mets from Monday through Thursday. Known as the Subway Series, the first two Mets games will be played in the Bronx, the next two in Queens, Citifield, the Mets’ home. The Yankees then travel to Boston to play the Red Sox for three more games, Friday through Sunday, Aug. 17, through Aug. 20, to complete this rivalry series.

The Yankees versus the Red Sox is recognized as the biggest one in baseball, and one of the three biggest in American sports, along with Duke versus Carolina in college basketball and Michigan versus Ohio State in collegiate football.

The Yankees, in second place behind Boston in the American League East, have beaten the Sox six times already this season, losing three. They’ll play four additional games before the season ends. A sweep of this weekend series will bring New York 1-3 games closer to first place.

The Yankees are currently fourth best in the American League and would qualify as a Wild Card team if the season ended today. Projected to be mediocre this season, not expected to qualify for post season play, the Yankees have over achieved. On the other hand, the Mets, their crosstown rivals, were expected to advance into the later rounds of the post season on the play of outfielder Lucas Duda and pitchers Matt Harvey and Steven Matz. Harvey has been out since June 15, and Matz has struggled all year. He hasn’t gone more than five innings in his last five starts. His ERA has ballooned to 5.77. Duda was traded to the Tampa Bay Rays at the end of July.

The Yankees have been succeeding from the play of short stop Didi Gregorius and their home run leader, outfielder Aaron Judge, who is second behind Giancarlo Stanton of the Miami Marlins on the list of Major League Baseball’s best long ball hitters. Gregorius is batting a low .300; Judge, currently with 35 homers, is averaging just under .300. They beefed up their pitching staff to better compete for a run at the playoffs by acquiring Oakland A’s starting pitcher Sonny Gray July 31, the trading deadline. At the time of the trade, Gray, 27, highly respected, came to the Yanks with a 6-5 2017 win-loss record and a 3.43 ERA.

“We’ve given ourselves some depth,” said Yankees general manager Brian Cashman, trying to get the Yanks back into post season mode. “It was an area of weakness, and it’s been shored up and addressed.” In his five seasons with Oakland, Gray was 44-36 with a 3.42 earned run average.