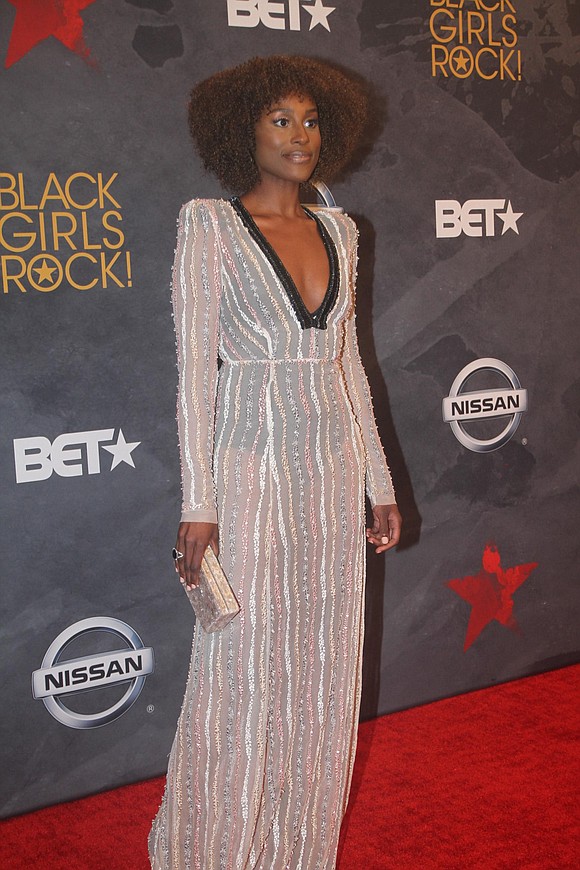 The Black Girls Rock award show has returned for its annual broadcast on the BET network. Actress, singer and producer Taraji P. Henson is the host. Henson is best known for her work in the TV series “Empire” and the film “Hidden Figures” The event will honor Issa Rae, Yara Shahidi, Roberta Flack, Suzanne Shank, Natalie and Derrica Wilson and Congresswomen Maxine Waters. Performers include India Arie, SZA,  Leidisi and Anthony Hamilton, Tasha Cobbs Leonard and Tyrese. The show was pre-recorded Aug. 5 at the Performing Arts Center in Newark, N. J. and will air Tuesday, Aug. 22, at 8 p.m.

Since starting the collaboration with Beverly Bond, the founder of Black Girls Rock, BET has earned numerous awards and recognitions from organizations such as the NAACP, Ebony magazine and Essence magazine.  The show premiered in 2010 and had more than 2.5 million viewers. In the seven years the show has aired, notables such as former First Lady Michelle Obama, activist Angela Davis, actress Jada Pinkett Smith and singers Rihanna, Missy Elliot and Patti LaBelle have been featured.

Bond started Black Girls Rock as a youth empowerment and mentoring coalition to promote positive messages of Black women in 2006. As many social observers and historians have pointed out, Black women are not portrayed well in the entertainment media, often depicted as angry and screaming or as members of the underclass. Bond believed an award show that celebrated successful Black women was much needed.

Beverly Bond came to New York from Maryland to become a model at the Wilhelmina Models Agency. She has worked with many clothing brands, including Nike and Guess. She decided to DJ at local clubs as a hobby and became one of the most prominent DJs in the city. Since then, she has continued to work in the entertainment industry with performers such as Prince, JAY-Z, Erykah Badu and P-Diddy

On behalf of the AmNews, this reporter had the opportunity to cover the red carpet and conduct face-to-face interviews with some of today’s trending celebrities. Former Disney star Skai Jackson was the first celebrity I spoke with. This year is her second year at the event. “I am so excited to see tonight’s show!” she declared “I just love Taraji P. Henson and I can’t wait to see how she will host BGR.”

Lovie Simone, who appears in the OWN original series “Greenleaf” and in the film “Monster, said, “I believe the statement ‘Black Girls Rock’ means to be powerful, being yourself and to be successful. It’s so important for young girls like myself to know no matter what the media says, we can be just as successful and vigorous.”

Lucki Starr, a former dancer for Beyoncé, stated, “This is my first time being at the BGR award show and I am just so intrigued by the love!”

Ibtihaj Muhammad, who became the first Muslim woman to win a medal at the Olympics in August 2016, was honored with the Making a Difference Award. “It is so important to have platforms like BGR,” she said. “More than ever, young girls need to know that regardless of their race or religion, they can whatever they set their minds to.”

Founder of SHE Wins, A’Dorian Murray-Thomas, was also honored at the event. SHE Wins is a Newark-based mentoring program that serves young girls who lost a loved one to violence. Along with their Healing Circle Program, which provides therapeutic strategies to the girls, the organization runs its own after school and leadership programs. The organization serves more than 50 girls.

“Tonight BGR is honoring me with the Who Rocks Next Award for the work I have done with my organization,” said Murray-Thomas. “I am truly grateful for their recognition and only hope for my organization to continue to grow.”

All the stars seem to be delighted to be a part of Black Girls Rock.