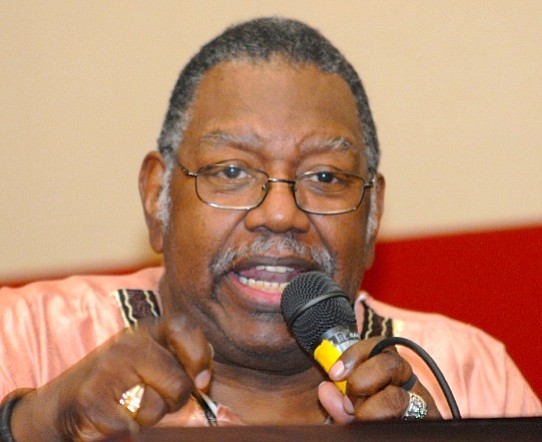 July 19, the Rev. Henry Vincent Harrison died in Mount Sinai Hospital in New York City, according to Minister Susan Vann. According to the minister, Harrison was a great leader at the Baptist House of Prayer and overseer for 10 years.

Along with Vann, other members of the church have spoken about the reverend’s spirit while he was on Earth. Members of the church, such as Sister Cathy Boston and Deacon Cynthia Wilson Brown, have expressed their appreciation and love for the Rev. Harrison.

“Pastor Harrison you taught me, you trained me in the ministry, you elected me and most of all you love me for me,” said Deacon Brown.

“Pastor Harrison thank you for being the best pastor anyone can hope for. You were such a good leader, a good teacher, preacher and a friend,” said Sister Boston.

According to the reverend’s funeral program, he was born at Columbia Presbyterian Hospital in New York City. He grew up in Harlem and the struggles and troubles of his community gave him a genuine awareness of his calling as an evangelist for Jesus Christ.

In his life, some of his biggest achievements include being licensed to preach the Gospel of Jesus Christ at the LaGree Baptist Church, founding a corporation with his brother called Manna Music, Inc. in 1973 to preach about Jesus Christ and traveling to Uganda, East Africa to preach as an evangelist.

The reverend’s daughter, Norma Ward, expressed her love to her father by stating, “To my dad with love. I will always love and miss the talks that we used to have and all the jokes that put a smile on my face.”