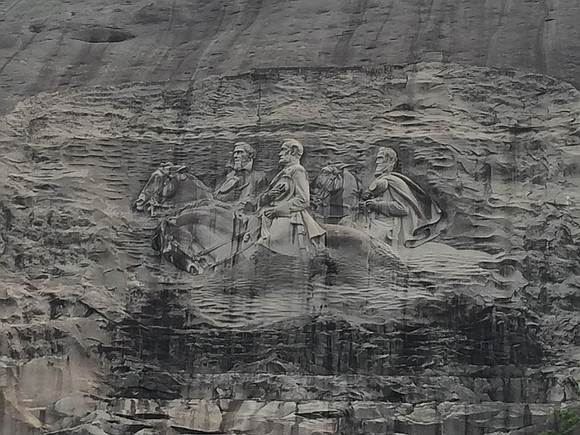 (CNN) -- The Georgia chapter of the NAACP called on state officials Friday to remove all Confederate symbols from public property in response to last weekend's violence in Charlottesville, Virginia.

The organization called on Gov. Nathan Deal and the Georgia General Assembly to "act immediately on this issue," officials said during a news conference. The group also pushed the state's mayors to remove all Confederate symbols from city government property.

"We, as the descendants of the Americans that were victims of the barbaric attacks of slavery which were perpetrated by the Confederate States of America, believe that it is past time to remove those symbols from government properties," said Phyllis Blake, president of the NAACP Georgia state conference.

"This is the birth place of Martin Luther King (Jr.). We should act like it," another member said.

The call for action comes almost a week after a group of white supremacists protested to prevent the removal of a Gen. Robert E. Lee statue in Charlottesville. A counterprotester was killed amid violent clashes between demonstrators.

The violence in Charlottesville has sparked a nationwide debate surrounding the symbolism of Confederate monuments and whether they have a place in the public eye. Local officials in several states, including California and Maryland, have already removed Confederate statues and memorials in their cities. Residents in other cities have taken matters into their own hands, vandalizing or even tearing down Confederate symbols.