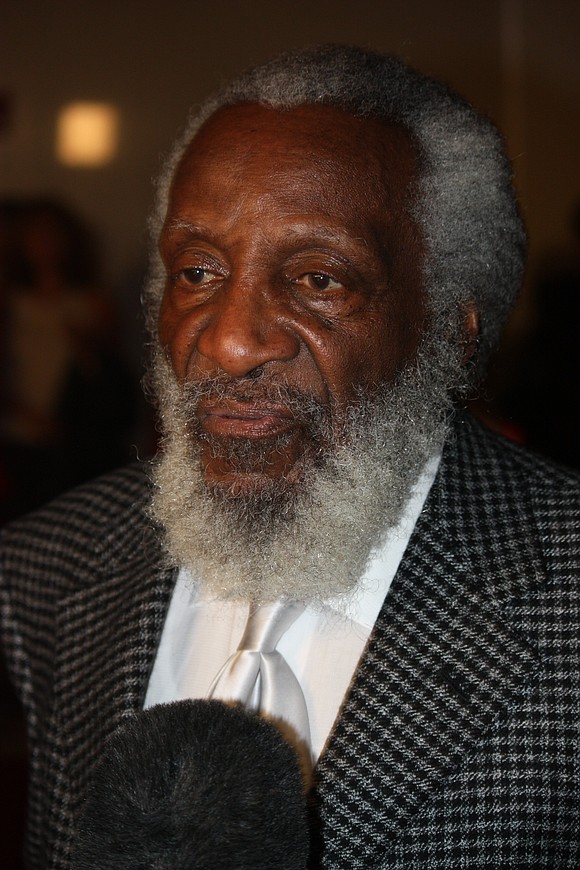 (CNN) -- "You know the definition of a Southern moderate? That's a cat that'll lynch you from a low tree." That joke, delivered in the 1960s by trailblazing comedian and civil rights activist Dick Gregory, who passed away Saturday, seems unsettlingly relevant in today's America. Though we aren't in the midst of the struggle for civil rights, that joke was about the evils of white supremacy -- something we are clearly still grappling with today.

Gregory has been credited by most as the first African-American comedian to reach fame by challenging racism through comedy. Richard Pryor may have put it best in a 2004 interview: "Dick Gregory was the greatest, and he was the first. Somebody had to break down that door."

He made people laugh while educating them about the most volatile issue of the time: Race.

But what might surprise some is that Gregory was famously quoted in the early 1960s undercutting the power of comedy as an instrument of social change: "Humor can no more find the solution to race problems than it can cure cancer."

Over the years that quote -- or slight variations of it -- has been put to political comedians, including myself, when asked if our comedy can have an impact on hot button political issues. While I believe comedy can move the needle by, at the very least, raising awareness of issues, I also believe Gregory did far more than simply tell jokes. He risked his liberty and his life fighting for equality for African-Americans.

In a 1963 protest in which Gregory participated in Birmingham, Alabama, he was arrested and beaten by the police for championing the right of blacks to vote. After that incident, Gregory wrote, "It was just body pain, though. The Negro has a callus growing on his soul, and it's getting harder and harder to hurt him there."

But even Gregory would likely be hard pressed to deny that his comedy was introducing many white audiences -- be it by way of his live performance or comedy albums -- to the reality of being African-American in the 1960s.

Gregory was able to effectively use comedy to highlight the injustice of segregation for white Americans while also being playfully defiant. One of his classic jokes on this topic was about him sitting down at a restaurant in the segregated South and being told by the waitress, "We don't serve colored people here." Gregory replied: "That's all right, I don't eat colored people. Just bring me a whole fried chicken."

Another daring joke raised the issue of violence against African-Americans by white supremacists, "Baseball is a great sport for my people ... it's the only sport in the world where a Negro can shake a stick at a white man and it won't start no riot."

Again, this was Gregory highlighting something that was truly horrific but in a manner that made it both entertaining and palatable to white audiences.