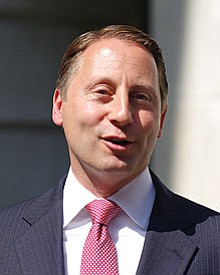 The Immigration Protection Act would’ve limited the information Westchester County shared with federal immigration authorities and restricted how often the police could ask someone about their citizenship status. Astorino vetoed a bill passed by the 17-member Board of Legislators.

“Astorino’s veto of the Westchester Immigrant Protection Act is misguided, and an obstacle to truly protecting everyone who lives and works in Westchester County,” said Santos in a statement. “Ten legislators from both sides of the aisle voted to approve the law, because they understand that county resources should not be misappropriated for federal immigration enforcement. Right now, federal immigration authorities are going after immigrants who have committed no crime, and tearing apart families who live and work and are raising the next generation in our communities.”

Santos concluded, “We will continue to protect our immigrant neighbors, co-workers, friends and family.”

Board of Legislators Democratic Majority Leader, Catherine Borgia, said she wasn’t surprised by the veto, but still found it disappointing.

“The rhetoric we have heard from the county executive is blatant fearmongering and full of falsehoods,” stated Borgia. “The county executive’s words and actions—in line with his friend, President Trump—will not stop our efforts. Our caucus strongly supports a vote to override this veto. The aim of the Act is to set up guidelines for our county employees to interact with all levels of government. It has clear exceptions for cases of criminal activity. The Act simply states that county taxpayer resources should be used for county business only—not to do the job of the federal government.”

Despite the veto, Astorino’s office issued a statement that said he’s working on an executive order designed to quell the anxiety of Westchester’s undocumented immigrants who are afraid of deportation. His office also said that passing this bill could turn Westchester into a safe haven for law breakers and potentially contradict federal law.

Board of Legislators Chairman Mike Kaplowitz said in a statement, “The county executive’s veto of the recently passed Immigration Protection Act is ill-advised, wrong and insensitive to the most vulnerable in our society. It endangers public safety by discouraging certain individuals from reporting gang behavior and other criminality to law enforcement.”