Tyler Perry TV show back for a third season 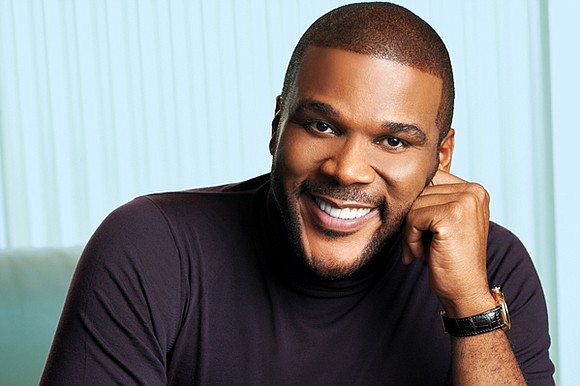 Music and television mogul, Percy “Master P” Miller, who is rumored to be dating Tameka “Tiny” Harris, who is estranged from her husband, T.I., has been named president of the Global Mixed Gender Basketball League, announced the league’s CEO, James Scott. “We are delighted that Master P has accepted this appointment,” Scott stated. “Under his guidance, our league, which has been in existence since 2013, will be able to expand both domestically and abroad, as the iconic individual has the star power to propel the league to unimaginable heights.”

The UNCF raised $300,000 toward higher education with celebrity philanthropist/author Jean Shafiroff, benefiting deserving New York area students. More than 400 guests attended the Aug. 5 and Aug. 6 benefit weekend, held at the private Hamptons residences of Nancy Silberkleit, co-CEO of Archie Comics, and Lyn and E.T. Williams Jr. Frank Baker, co-founder and managing partner of Sirius Capital Group LLC, and Dr. Ronald A. Johnson, president of Clark Atlanta University, were honored with the Keepers of the Flame Award for being champions of diversity and education. Jean Shafiroff, Jane Carter, Errol Taylor, Desiree Watson, William Pickens III and Paula Taylor were co-chairs for the events Saturday and Sunday. Dr. Michael Lomax, UNCF president and CEO, delivered remarks on UNCF’s impact in the State of New York and the importance of community support.

Tyler Perry’s popular OWN drama series, “If Loving You Is Wrong,” returns for an anticipated third season Tuesday, Sept. 19, at 9 p.m., ET/PT. “If Loving You Is Wrong” delves into the lives of neighbors and friends—turned frenemies—, Alex (Amanda Clayton), Kelly (Edwina Findley Dickerson), Marcie (Heather Hemmens), Esperanza (Zulay Henao) and Natalie (April Parker-Jones). This season, the neighborhood that once was the perfect picture of suburban life has never recovered from the scandalous affair that tore apart two marriages and jeopardized every friendship the couples held close.