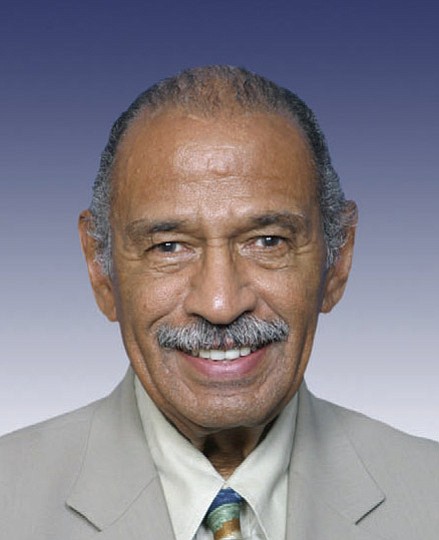 “I am retiring today,” Rep. John Conyers Jr. said Tuesday morning on the “Mildred Gaddis Show” Detroit (102.7 FM), “and I want everyone to know how much I appreciate the support, incredible, undiminished support I’ve received across the years from my supporters, not only from my district, but across the country as well.”

He repeatedly said there was no truth to the accusations brought by several female staff members. Earlier, he had resigned from the House Judiciary Committee where he was the senior member.

The announcement from the ailing Conyers, 88, comes in the wake of allegations of sexual misconduct and pressure from many of his colleagues in Congress for him to step down. We will have to learn later if “retiring” has any distinction from “resigning” as the turmoil around the charges continues.

“My legacy can’t be compromised or diminished in any way by what we’re going through now,” Conyers continued. “This too shall pass…My legacy will continue through my children.”

That legacy was underscored by his endorsement of his son, John Conyers III, as his replacement. And that legacy is given added drama by reports that his great nephew, State Sen. Ian Conyers, intends to be a candidate for the position Conyers has held for 53 years.

The state senator told The New York Times that he didn’t expect his great uncle to make an endorsement. Unlike John III, Ian Conyers is an elected official after winning a special election to replace a previous senator.

According to some local pundits, Conyers’ wife, Monica, may also emerge as a contender.

Like the speculation around the charges against Conyers, there is wonder now about who will succeed him and what role Conyers will play in that succession.

But the Conyers family will not be the only candidates contesting the position. One candidate may be State Sen. Coleman Young Jr., who was recently defeated in his mayoral bid.

Conyers’ retirement stifled plans by many of his supporters to rally on his behalf. His reputation among thousands of Detroiters remains unimpeachable, and on the opinions pages and radio shows residents have come forward to bolster the notion that his legacy won’t be “diminished.”

Over the years, Conyers, a founding member of the Congressional Black Caucus, has been a diligent advocate of reparations and innumerable legislative bills, and, most memorably, he provided sanctuary and a job for Rosa Parks after she fled from danger in Alabama.

“They may be able to force him out of office, but they cannot erase what he has done for his constituents and others over the years,” said one supporter, who asked that his name not be used.