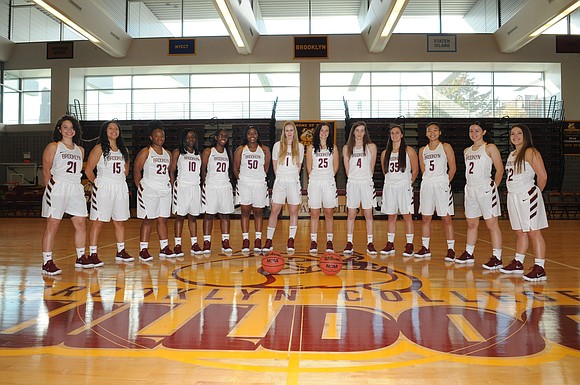 Off to a 5-1 start, Brooklyn College women’s basketball is in an upbeat frame of mind. It’s a relatively young team with several talented freshmen that are eager to learn the college game. The Bulldogs lost seven players from last year’s team, which played for a CUNY AC championship, to graduation and one to a torn ACL.

“We’re very talented and energetic. We’re very fast. I like the way we’re looking so far,” said coach Alex Lang. “We play a running game. We press a little bit. Probably going to do more as we go. Definitely like to get the ball out in transition and run. We have a couple of pesky guards who can really get after people and pressure the ball.”

There are no athletic scholarships in Division III, and many students at CUNY schools, such as Brooklyn College, have jobs. Lang, now in his 16th season coaching the Bulldogs, has grown at ease with recruiting, retaining and inspiring his players.

“We’ve built something that people want to be a part of and we’ve had a lot of success over the past few years,” said Lang. “When I first started and the team hadn’t had success, it was hard to get some of our athletes to take what we were doing as seriously as I wanted them to and be extra motivated…Over the years, we’ve built the culture.”

He continued, “When freshmen and transfers come into the team, our returnees basically set the tone. They’re all in and it makes it easier to get the new players on the same track.”

Even with school, family obligations and work, when the players practice, their attention is there and they’re excited to be Bulldogs. Goes without saying, there are players from Brooklyn and Queens on the roster, but there is also one player from Pennsylvania, one from Utah and one from Norway.

“We’ve got a nice balance,” said Lang, who takes great pride in the program. “It adds a nice little dynamic to our team. It’s a nice experience for all. Going to CUNY school, a lot of the students are living at home. I think it gives it more of a college experience to be on a team with someone from [somewhere else]. They’re all good players.”