Police: Girl, 15, met killer on social-media who stabbed her 80 times 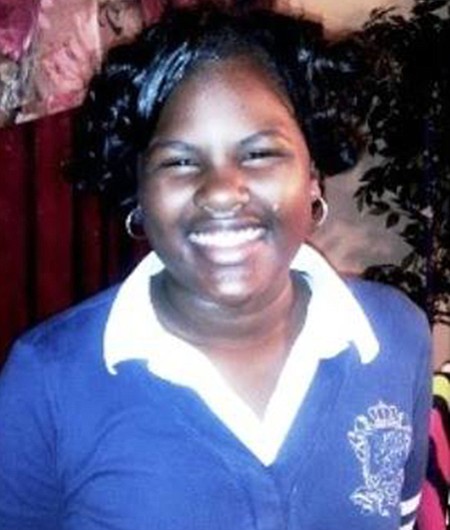 Philadelphia police reported that on the morning of Tuesday, Nov. 28, in the 200 block of South 49th Street, they discovered the burnt corpse of a 15-year-old African-American girl named Sabriya McLean, who had been stabbed more than 80 times and set ablaze. Cole Swaringer-Herring, 23, was arrested on the scene after allegedly confessing the crime to his parents, who then notified police.

“It’s extremely unfortunate, given her age and how it happened to her,” remarked Philadelphia Police Captain John Ryan during a news conference Thursday. “It was a very violent act, so we’re looking at him in connection to some other possible cases that we’ve had.”

Investigators said McLean initially got acquainted with the suspect on Facebook, then traveled from her home in New Castle, Del., to visit him in person at his West Philadelphia home that Monday. Her parents reported her missing later that evening.

Reports state that his parents were not home at the time, and that he confessed to them the heinous crime upon their return later that day, but they did not notify police until the following morning. When the cops arrived, they discovered McLean’s body lying in an alley, under some leaves, behind the suspect’s apartment building.

Ryan contends that the murder occurred inside the home, and then the suspect dragged her lifeless body outside to an adjacent ally, set it on fire, then covered it up with leaves, attempting to conceal the crime. He added that they tracked the girl down through her iPhone.

Swaringer-Herring, who’s also African-American, was formally charged with abuse of a corpse, arson, murder and several other related crimes according to court records. Authorities said he has an arrest record dating back several years that includes charges of conspiracy, reckless endangerment, robbery, terroristic threats and simple assault.

Because of the violent nature of the crime, along with the cover-up effort, authorities are investigating whether this suspect is also responsible for any other murders in the area. They are seeking a motive for the killing.

The suspect is currently being held without bail and is awaiting a preliminary hearing, set for Dec. 20.

McLean had just turned 15 in October.

Ryan urged, “To all the young people that want to go run the streets with strangers, and be on social media, it’s a very dangerous world out there. You don’t know who you’re going to meet.”