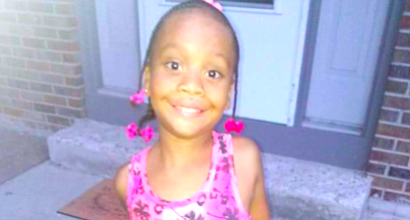 Ten-year-old Ashawnty Davis of Colorado, who is Black, and 10-year-old Keaton Jones of Tennessee, who is white, are both victims of bullying. The difference: Davis committed suicide as a result of being bullied while a video of Jones crying about being bullied went viral.

Over the weekend, Jones’ video, taped by his mother, garnered the attention from everyone including athletes, celebrities of all racial backgrounds and even well wishes from the White House. Jones’ tearful plea questioned why people bully as his mother asked him questions.

A GoFundMe account was started for Jones by a New Jersey man who said he didn’t know the family but wanted to raise awareness about the issue. The money would eventually go to Jones and his family. Jones was also showered with tickets to sporting events, movie screenings and even a trip to California to see an MMA fight.

As more information surfaced the creator of the GoFundMe page stopped donations just shy of $60,000 in two days. There was no clear explanation on what the money was for and reports indicate that Kimberly was possibly trying to profit from the ordeal.

“In the video I saw a kid crying not just for himself but for others,” Joseph Lam, the GoFundMe account creator, wrote. “To me that's a kid with a heart of gold and deserves praise. Im hoping that we can turn the money into something good whether it be for private school or college fund.”

Meanwhile, Davis’ family continues to grieve over their daughter's suicide, which was the result of bullying.

Davis killed herself in November after a video of her being assaulted by her tormentors was was posted to social media. She was reportedly talking to a girl who was bullying her before she was attacked. Davis hung herself and was taken to the hospital where she died two weeks later.

Little was known about the Davis whose family said the school did nothing to help the fifth-grader.

"There was nothing done about it,” he mother said in one report. “When I got the call telling me that my daughter had been in a fight, they never gave me the opportunity to meet with the other parents to come to the bottom of the line."

A GoFundMe was created to help Davis’ family pay for her funeral and other expenses. Just over $11,000 was raised in 10 days.