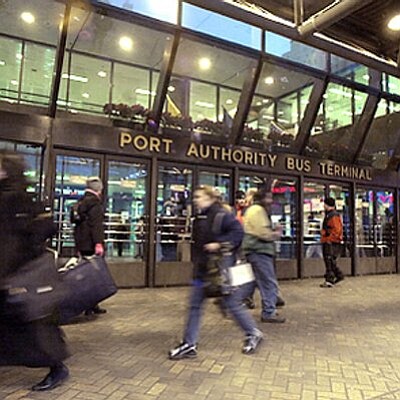 New York City is dealing once again with the aftermath of an attempted terrorist attack. Luckily, this time, there were few injuries and the suspect was caught.

Reports indicate that the suspect, 27-year-old Bangladeshi native Akayed Ullah, remains in the hospital, where he’s being treated for injuries after detonating a pipe bomb in the underground passageway between Times Square and the Port Authority Bus Terminal Monday.

It was a usual morning rush hour before Ullah set off the bomb at 7:20 a.m. in the passageway that connects bus commuters to the subway. Four people, including Ullah, suffered non-life-threatening injuries.

“Preliminary investigation at the scene indicates this male was wearing an improvised, low-tech explosive device attached to his body,” said NYPD Commissioner James O’Neill. “He intentionally detonated that device. Looks like that there were three other people in the immediate area also sustain minor injuries.”

The attempted attack comes just over a month after the deadly truck attack in which Sayfullo Saipov drove a pickup truck along the Hudson River Park bike path killing eight people and injuring 12.

Ullah had been planning the attack for two to three weeks, according to reports. He was radicalized from watching Islamic State group videos online.

“Trump you failed to protect your nation,” Ullah said on Facebook before the attack. The bomb he used was made with sugar, Christmas tree lights and a battery pack.

Law enforcement searched Ullah’s home in Brooklyn Monday. He has been charged with possessing a criminal weapon, making terroristic threats and supporting an act of terrorism.

“A search yesterday of his apartment revealed metal pipes, pieces of wires and metal screws consistent with the bomb materials recovered at the scene,” said Acting U.S. Attorney Joon Kim. “Officers also found a passport there in Ullah’s name with handwriting that included one particularly chilling note, and I quote, ‘Oh America die in your rage.’”

On the day of the attempted attack, Mayor Bill de Blasio assured New Yorkers that they are safe.