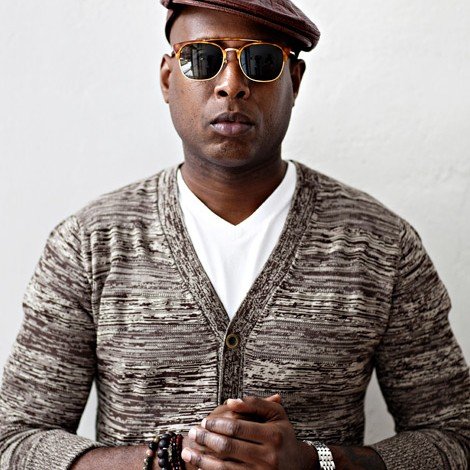 Rapper and activist Talib Kweli took the time to chat about his new full-length album, “Radio Silence.” Although the conversation began with music, it quickly turned to the topic of sexism and the lack of equality for women and girls in the court and penal systems and in society. Kweli is a vocal activist who has always been a sounding board for civil rights and also community-based efforts in the Black community. His work during Ferguson and his long musical history of speaking his truth and perspective on being Black and intelligent has inspired important conversations on race and more recently sexism, which is the theme of his song, “She’s My Hero,” on the new album “Radio Silence,” about the young Black teen, Bresha Meadows, who murdered her father in an attempt to halt the domestic abuse going on in her home. Kweli discussed the sensitive topic of relations between Black women and men and expressed that he learns about life and these relations as he lives and continues to listen to the national conversation on Twitter and other social media platforms.

This interview is an excerpt from the podcast show, “Surviving Music.” which will be premiered in early 2018.

AmNews: Let’s talk about your new album, “Radio Silence.” The song “She’s My Hero,” which is about Bresha Meadows. How did you learn about the story?

Kweli: I heard about the story mostly from Black women online who were amplifying it. The story is problematic for me for a lot of reasons, for the same reasons why it is problematic to many other people, but I didn’t think about making it into a song until I heard the track from Oh No, who is a producer I work with often. He sent me the track (that ended up being “She’s My Hero”) as a part of a bundle of tracks he sent me while I was working on “The Seven” album with Styles P. The story poured out when I heard that track, and it was something that Styles was jumping on, so it ended up coming out.

AmNews: It’s interesting that Black women in the last year or two have gone from being virtually silent to having a platform like social media to be able to express not only our outrage but also our individual perspectives. I think our narratives have been lumped together, and now you can find individual narratives. What’s your perspective?

Kweli: I think there’s still a lot of work to be done. You always have to celebrate progress or else there’s nothing to fight for, but someone like a Bresha Meadows, a young Black woman, doesn’t have that media outlet, even if she had a bunch of Facebook friends. There are so many people who don’t have smart phones and are not prolific on social media, so we have to be aware of the fact that our engagement on social media is a privilege. We certainly can appreciate the sharing of stories like hers, but we have a privilege, even for Black women and men who go to college and have access to learn through books, that’s a privilege too. A lot of people are just surviving.

Even when I watched a show like “She’s Gotta Have It,” one because of Spike Lee and two because I heard my name was mentioned in the show, but I see how they flipped the character to be more feminist, but still, it’s an older man writing and directing it. I’m still not seeing enough of the Issa Rays and others, who are starting to be exceptions to the rule, but we should make it so these women are not exceptions to the rule.

AmNews: I’m glad you mentioned that. We can speak about Black women obtaining a small sliver of recognition, but Black girls and the Black women that are coming up and do have the platforms do benefit in a classist manner in society.

Kweli: What’s also interesting about Bresha is that her mom was white. Men enjoy a privilege in the justice system, so when it comes to domestic abuse, men are privileged in that way when it comes to the courts and the police. Her father was a Black man, so Black men don’t enjoy racial privilege in the justice system, so I’m trying to echo this story, but at the same time there are people and family members that contacted me on Twitter, very upset that I made the song. They asked, “How could you make a song about a Black man like this? He didn’t do it,” and this and that, and I tend to believe the victims in situations like that, so I believe the court records. But this becomes a lesson for me to understand as little regard as the system has for me, women, her mother is a white woman, and you’d think she’d have more privilege than me in every situation, but this is a situation, regardless of race, absolutely Black men are treated worse in the penal system, but white women, Indian women, Asian women are beat by their men. It becomes really weird what to focus on sometimes.

AmNews: Andrea Ritchie wrote a book called “Invisible No More: Police Violence Against Black Women and Women of Color,” where the book debunks that fact that Black men are treated worse in the penal system and particularly in regards to police violence. She writes in her book that Black women are equally oppressed when it comes to police brutality.

Kweli: I would imagine it’s equal. I’m just saying from my biased opinion as a Black man. It’s culminated on this online conversation that’s called Hotep. I take issue with Hotep because I grew up in a community where Hotep was a good thing, and so these online [people] have sort of co-opted and flipped it, so now they proudly call themselves Hotep. Some of these men are smart and well-read and I honestly believe these men care about their community, even though they have problematic attitudes about women and homosexuals, but are infected with the same bigoted disease we all get infected with. There’s a specific guy who on many levels I agreed with, but then I saw him posting things that were really problematic. He was attacking Black women when it came to Black Lives Matter and the organization. Before I knew all of this, I liked some of his posts and invited him to my home. He came over my house and he was just really upset that Black Lives Matter was run and founded by gay Black women. He was so jealous; he couldn’t contain it. He was also very mad at DeRay, who was not in BLM and he was very mad at these three women. He was talking like, “But they’re gay and what to women know?” and I remember thinking, “Why did I invite this guy to my home? This was a mistake.” His criticisms of BLM, no matter how eloquent, came from a place of bigotry.