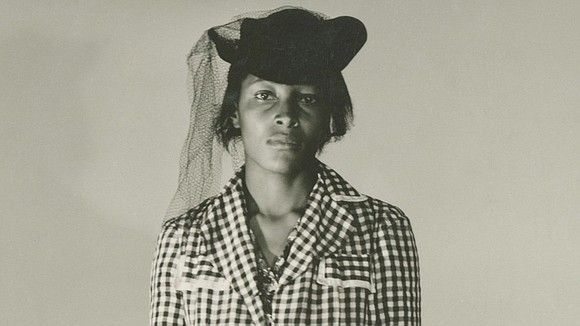 In 1944, a 24-year-old Black woman was abducted and brutally gang-raped near her home in Abbeville, Ala. It’s no surprise, at all, that her vicious and morally bankrupt white abusers were never arrested and therefore not convicted of this hideous crime. Why these types of facts still “shock” white people is really baffling to me. It’s almost like they don’t know their ugly history in the world or the fact that these lands—now called the United States of America—were obtained by an act of genocide and completely built by slave labor from the slave trade, of human beings brought from Africa.

This documentary, by Nancy Buirski, is very uneven, but it does make its appearance at a very interesting moment in our nation’s history. To that end, the timing might bring more eyeballs, so to speak, to watch “The Rape of Recy Taylor.” And, let me add now, this documentary should be required viewing in every history class in the world. Not because of the work, but because of the facts.

Artistically the work might have wanted to present itself as a hazy piece of history. The filmmaker uses the moody music and black-and-white footage to bring these efforts to light, but the result just makes it feel sad. There is no raw outrage in this film. There is no passion, either.

Yet, only a stone could not feel while listening to Dinah Washington’s rendition of “This Bitter Earth.” Buirski’s choice to connect many film titles from “race films” of the era—a type of film franchise produced cheaply, starring a largely African-American cast and shown in churches, meeting halls and other places that the community safely gathered—is used (rather, ineffectively) to stitch “The Rape of Recy Taylor” together.

It is fascinating—however fleeting—to glimpse these old films because it’s a peek into our communities past. Students of history know that the “more things change” the “more they stay the same” for people of color. This truth rings, still. So does the brutal act that Recy Taylor endured.

The facts of Taylor’s vicious rape come to us, largely, through first-person testimony from Taylor’s elderly siblings, Alma Daniels (who died in 2016) and Robert Corbitt. To bring a bit more depth, there is some older audio of Taylor herself describing the horrible attack, and it is powerful and raw, as she tells us the truth!

Her nightmare began in 1944 while she was walking home, returning to her loving husband and infant child after a late church service. At gunpoint, Taylor was forced into a white Chevrolet by seven young white men, seven “animals,” and driven into the woods, where six of the “animals, thugs” raped her, some repeatedly, over the course of several hours.

The thug driving the car, who confirmed the identities of the other six white thugs, said he did not rape Taylor “because he knew her.”

Crystal Feimster, an associate professor at Yale University, is “shook” that these “rapist” thugs, these brutal animals, “didn’t see” Taylor as a human being. They viewed this innocent woman as much less.

The second half of the documentary focuses on Taylor’s bravery in continuing to speak out about the rape. This horrific attack on her person became a symbol of the Civil Rights Movement, for the NAACP and for a pre-bus-protest Rosa Parks.

“The Rape of Recy Taylor,” directed and written by Buirski, including the voice of Cynthia Erivo (Broadway’s “The Color Purple”), is now playing in a limited run.