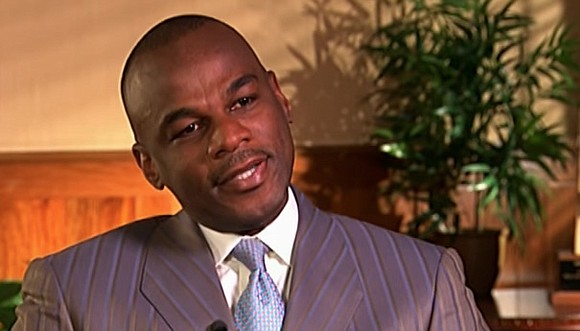 The funeral service for Lowell Hawthorne, the CEO of the iconic Golden Krust Caribbean Bakery and Grill will be held on December 18 in the Bronx, New York. Hawthorne is survived by his wife, four children and grandchildren.

At 57, Hawthorne was living the American Dream. Originally from rural Jamaica, he migrated to the United States in the 1980s, served on the police force and attended college, before launching the ultra-successful Golden Krust Caribbean Bakery and Grill restaurant franchise with relatives.

But 120 outlets in nine states and respect among his peers were not enough to prevent Hawthorne from taking his life on December 2 at the Golden Krust factory in the Bronx, New York; that’s the borough where the first Golden Krust opened in 1989.

Less than a week after Hawthorne was found dead, The Journal News reported that two Golden Krust factory workers filed a federal class-action lawsuit against the business.

“The new suit was filed in Manhattan on behalf of two employees at Golden Krust facilities in Brooklyn and the Bronx, and claims they were not paid overtime, had to pay to clean their own uniforms, and were denied tips kept in a tip jar for employees,” according to The Journal News.

As investigators search for the truth, the tributes for Hawthorne rolled in. From the Prime Minister of Jamaica to members of the Jamaican diaspora in the U.S., he is remembered as the immigrant success story.

“My condolences to the friends, family and employees of Jamaica-born Lowell Hawthorne, CEO of Golden Krust Caribbean Bakery and Grill. He headed the largest Caribbean franchise chain in the US, with more than 120 stores,” Jamaica’s Prime Minister Andrew Holness tweeted.

New York City Mayor Bill de Blasio, also saluted the businessman. He tweeted, “We are shocked and saddened by the death of Lowell Hawthorne.”

Hawthorne and Golden Krust’s remarkable rise was covered extensively in West Indian publications and mainstream magazines like Forbes. He was credited for helping to bring Jamaican food such as jerk and curried goat into the American mainstream.

However, the establishment’s staple product was the patty, a meat-filled mini pie that has been popular with Jamaicans at home and abroad for over 50 years. In many interviews, Hawthorne said his main goal was to make the patty as big as the Big Mac by 2020.

Most of Golden Krust’s restaurants are in New York City where there are massive Jamaican and West Indian communities. Hawthorne and his team have 30 outlets in South Florida, where it is estimated over 300,000 Jamaicans live.

Wayne Golding, an Orlando-based attorney, is president of the Jamaica Diaspora Advisory Board’s Southern United States, which represents Jamaicans living in 13 states. He described Hawthorne as “a Jamaican diaspora success story that made us proud and provided a model worthy of emulation.”

The Westside Gazette is a member publication of the National Newspaper Publishers Association. Learn more about becoming a member at www.nnpa.org.