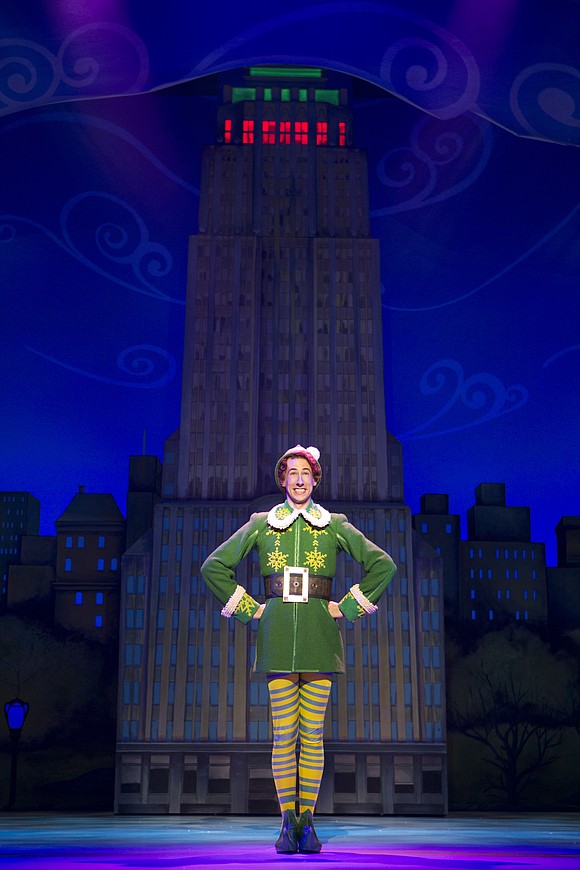 The Theater at Madison Square Garden has the next holiday tradition with “Elf The Musical.” It opened last Wednesday and it is a hit! “Elf The Musical” is filled with Christmas spirit, fun and charm. It has Broadway-caliber songs and singing performances. There are several showstopper numbers.

It is based on the 2003 movie called “Elf,” with a few changes to the storyline. This production will have you smiling, laughing and mesmerized by its intoxicating holiday feel.

“Elf The Musical” has a fantastic cast that simply have a great time onstage, and it becomes infectious to the audience that has the pleasure of experiencing it. It tells the story of an elf named Buddy, who was actually a human baby who crawled into Santa’s bag when he stopped at an orphanage to leave presents. When Santa discovers him, he and the elves decide to raise him. As he gets older he learns that he is not an elf, but is human. Santa sends him on a journey of discovery to meet his human father, who never knew he existed. His father is a successful publisher in New York City. Buddy comes to New York City and that’s when the craziness begins.

“Elf The Musical” stars a wonderful, delightful cast that includes Erik Gratton as Buddy. He is so innocent, genuine and full of Christmas spirit, you can’t help but smile and thoroughly be captivated by his performance. Christopher M. Russo plays Buddy’s father, Walter, and Russo is marvelous at being a workaholic who transforms into a family man. Cynthia Ferren is fantastic as Emily, Walter’s wife, and Trey Middleton is memorable as Michael, their son. The singing performances with Ferren and Middleton are very exciting to behold. Their voices are stupendous! The story is narrated by Santa Claus, played by George Wendt, and Santa is charming.

This incredible show features music by Matthew Sklar, lyrics by Chad Beguelin, a book by Thomas Meehan and Bob Martin, dazzling choreography by Connor Gallagher and extraordinary direction by Sam Scalamoni. When you think of the holidays, you will think of “Elf The Musical!”