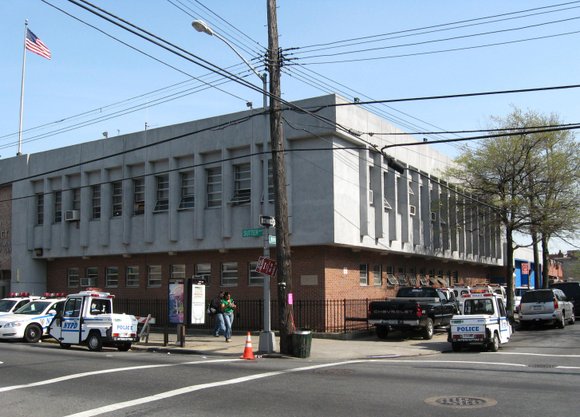 Police precincts see individuals with complex, pressing social and emotional needs every single day. Yet our city’s precincts often lack the resources to properly handle many of these circumstances.

My new legislation, which I introduced at the City Council Tuesday, aims to help alleviate this problem by requiring the NYPD to have at least one licensed clinical social worker at each of our city’s police precincts for each police tour. That means 24 hours a day, seven days a week, there would be a social worker on premises to help the people of our city, and ensure that no one’s needs slip through the cracks.

Social workers have the skill sets necessary to assist with cases that might involve complicated factors such as domestic violence, immigration status, gender identity status and medical needs. If, for example, police place a primary caretaker, including parents, under arrest, a social worker, rather than the officer, would be able to work expeditiously to ensure that the child is appropriately supervised.

Social workers can help navigate the bureaucracy inherent in resolving such issues, which will allow police officers to focus on what should be their primary responsibility: keeping our city safe. Social workers can also be a valuable resource to the NYPD’s Neighborhood Policing program, with Neighborhood Coordinating Officers in each precinct focused specifically on community policing. A precinct’s dedicated social workers can work together with these NCOs to increase connectivity between the precinct and the community members it serves.

This bill is a common sense bill, one that aims to benefit all civilians who interface with police precincts, as well as officers by providing precincts with much-needed resources. This bill is a major step forward for police-community relations—and one that should be implemented nationwide.

In fact, I’ve already received messages of support from individuals involved in law enforcement and social work throughout the nation. Lawmakers from other major cities, including Baltimore, have already reached out to learn more about my legislation.

Our city already has social workers stationed at hospitals and schools, where complex social and emotional issues need to be addressed. Embedding licensed clinical social workers at our city’s police precincts is a crucial, logical step toward ensuring that we are meeting the needs of more New Yorkers.