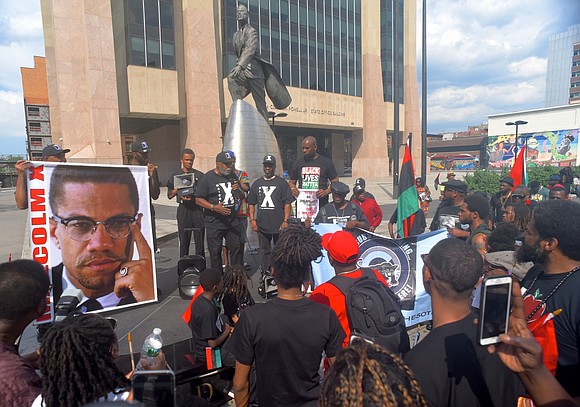 On Dec. 27, Kujichagulia, the second day of Kwanzaa representing self-determination, the December 12th Movement will present a report to the Black community on its recent trip to Zimbabwe to observe the Extraordinary Congress of the country’s revolutionary party, Zimbabwe African National Union–Patriotic Front.

This important congress was called to reflect, analyze and consolidate the party around recent events, which witnessed the transition of leadership of Zimbabwe from its former president of 37 years, and Zimbabwe’s revolutionary father, His Excellency Robert G. Mugabe, to its new president and first secretary of ZANU-PF, His Excellency and Comrade Emmerson D. Mnangagwa.

While on the liberated soil of an African nation and leader of the Pan-African world, we also had the honor of celebrating the 30th anniversary of our movement.

Our report will update our community and its allies on the current conditions in Zimbabwe as they relate to its new leadership, exposure and expulsion of reactionary elements within the country’s leading party and the expressed unity of the party and people around the new leadership. It will further examine the way forward in regards to Zimbabwe’s economic development, the irreversible consolidation of land reclamation and “Operation Restore Legacy,” which guarantees the revolutionary legacy of former President Mugabe and keeps the country on its revolutionary path blazed by the courage and sacrifice of its revolutionary heroes.

During his inaugural speech, Mnangagwa called former Mugabe his “father, mentor, comrade and leader.” Mugabe’s status as Father of the Zimbabwean Revolution will be memorialized by the celebration of his birthday, Feb. 21, as a national holiday beginning this February.

The report will also address the continued illegal sanctions placed on Zimbabwe by the Western European countries led by the Great Britain and the United States, who recently summoned leading members of Zimbabwe’s Movement for Democratic Change (the Western-funded opposition) to come before the United States Senate and continue their call for continued illegal sanctions against their own people.