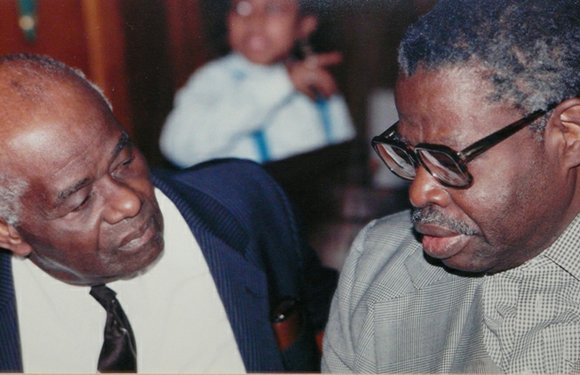 “All of these brothers followed what I refer to as the classic African scholar process,” noted Dr. Leonard Jeffries. “Relating three important parts of your intellectual development-the question of epistemology, chronology and axiology. So these brothers didn’t just look at history and culture in terms of just knowing the facts and backing up the sources, they were on a special mission to restore the African mind and win the battle in the cultural wars that made it seem that Africans were inferior.”

These African scholar warriors unearthed little known facts about the Motherland, and they would go on to get the information published in academic books so that the empowering information could be disseminated among the general public, primarily the youth.

“They wanted us to know who we are, what we have done, and we’re the only ones to have done that, not the Europeans,” stated street scholar Brother Sekou. “Then they’d show us where they stole the information from. They were all good friends, even though they had some differences and disagreed some times.”

Whether at various colleges and universities nationwide or at local lecture halls, they shared their wealth of information freely and were very hospitable with those who sought the knowledge of themselves.

“They devoted most of their lives studying and teaching African culture and spirituality and looking at the politics of Africans at home on the continent, and throughout the Diaspora,” noted Professor James Small, adding how they documented much of the enlightening information in books, “and left many forms of analysis around politics, economics, cultural, socialization and spirituality. They gave us an identity on our ancestry.”

Jeffries recalled himself and Ben-Jochannan, Williams and Dr. John Henrik Clarke all working together during 1981’s National Conference for Black Studies at CCNY, and the plans they laid for future generations.

“These brothers were giants who represented what I call the great awakening,” said Jeffries. “They not only looked for the facts, and made an analysis, they also prescribed what should be done. They projected where this information needs to go and how it can be used to uplift the people. These brothers provided us with a whole true look at the sweep of human history. We’ve been blessed to have this brotherhood, which came at the right time because Black Studies was exploding at this time. They became the seeds, 40 to 50 years later, of this great knowledge of who we are as African people. They represent schools of knowledge, set the model on taking control of your history and building for eternity.”