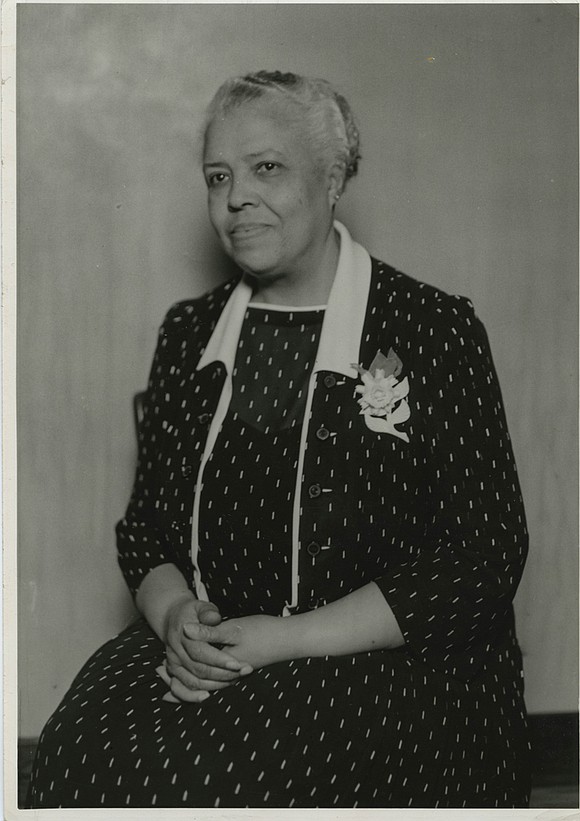 Most visitors to Pittsburgh who venture to the famous Hill District want to see where the great playwright August Wilson once lived. Visitors will be disappointed to see that the historic site is in terrible disrepair. We won’t bother you with the details of that story. But there are several other landmarks in the area well worth your time and edification, including the St. Benedict the Moor Church on Freedom Corner and a marker commemorating the life and contributions of Daisy Elizabeth Adams Lampkin, not too far away on Webster Avenue.

Heritage markers, as we know too well, provide only a snapshot of a person’s life, and Lampkin’s legacy requires even more than we can allot in this space.

Born Aug. 9, 1883, 1884 or 1888, depending on the source, in Washington, D.C., (or Reading, Pa.), Lampkin began her formal education in Reading, and by 1909 she resided in Pittsburgh. Three years later, she married William Lampkin, who owned a restaurant in the suburbs of the city.

As the wife of a relatively prosperous entrepreneur, Lampkin had time on her hands and she began participating in a number of civic and political affairs, none more notable than becoming an active member of the Suffragette movement, which demanded voting rights for women, among other issues. By 1912, her home was among several noted locations where members of the movement met. Later, she joined the New Negro Women’s Equal Franchise Federation, later renamed the Lucy Stone Civic League, after the noted activist.

In 1913, when the Pittsburgh Courier was struggling to stay afloat the paper, to boost circulation it sponsored a contest promising a Cadillac car to the reader who sold the most subscriptions. Lampkin was the winner. But the Courier’s board said there was no way they could afford a Cadillac. Instead of a luxury car, Lampkin was presented with a check. After the check bounced, she was paid off in stock that later gave her part ownership in the newspaper and she became its vice president.

Lampkin was a fully committed member of the Lucy Stone Civic League, and her leadership skills came to the fore. An outstanding organizer and orator, she soon earned a position as the president of the League, a post she would hold until 1955. Fully ensconced in the women’s club movement, she was invited to serve on the board of the National Association of Colored Women and subsequently became the national chairwoman. In this capacity she was a friend and associate of such remarkable Black women as Mary Church Terrell, Addie Hutton, Charlotte Hawkins Brown and Mary McLeod Bethune. Working alongside Bethune, she helped found the National Council of Negro Women in 1935.

When the Association of Southern Women for the Prevention of Lynching was founded and began to make some headway, Lampkin was among the outspoken Black women determined to make them live up to their concern about being used as “shields” by white men. She wanted the organization to be more aggressive in support of the federal anti-lynching bill. She asserted that the silence of Southern white women strengthened the congressional opposition to the bill.