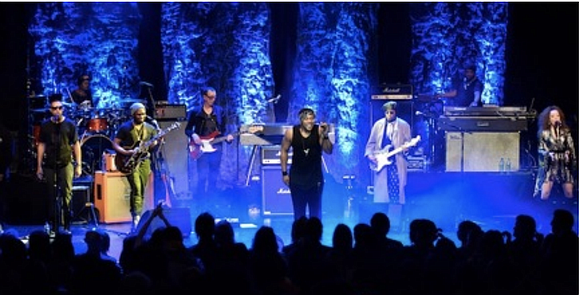 As 2017 comes to an end, it is important to reflect on the re-emergence of great music of the past, as well as celebrating new music that was released this year. A great way record labels and the music community pays homage to vintage music and seminal records is by reissuing albums. Influential albums are chosen, remastered, pumped with bonus material, intimate images and recordings, and new liner notes are provided by the artists’ friends or by younger artists who have been deeply affected and inspired by the album. Here are just a few of the very special reissues for 2017:

Neo-soul singer D’Angelo’s 1995 debut album, “Brown Sugar” was reissued as a deluxe, double CD edition in August 2017. The album comes completely remastered with 21 bonus tracks featuring rare remixes, instrumentals and a capellas. The album also includes a booklet with essay by Nelson George, lyrics and annotations. D’Angelo, now a veteran artist, took the R&B/soul world by storm, lending his milky falsetto voice to radios, captivating fans to this day. The reissue is extensive and would satisfy even the biggest of fans.

In November 2017, Mexican Summer Records’ reissue section of the label, Anthology Recordings, released reissues of jazz legend Pharoah Sanders’ three albums: 1967’s “Tauhid,” 1969’s “Jewels of Thought,” and 1970’s “Deaf Dumb Blind (Summun Kukmun Umyun).” These iconic albums can be purchased separately or in a set. This avant-garde album set was released with a 16-page booklet that comes in a decorative casing screen-printed by Keegan Cooke.

Ahmad Jamal Trio— “The Awakening” (original release, 1970), Be With Records.

Be With Records made a good decision when the label released Ahmad Jamal Trio’s 1970 jazz opus, “The Awakening” in March 2017. The label describes the release of the seminal record as presented in a luxurious gatefold sleeve and adorned with the original eye-catching artwork throughout, along with the original sleeve notes. The album is certainly something collectors should be on the lookout for.

The final month of the year cradled a sweet surprise with the reissue of the late singer/songwriter, Minnie Riperton’s 1974 album, “Perfect Angel.” This reissue will come as a two-CD set in standard digital and in 96k/24-bit, high-resolution audio formats by UMe. What was also revealed with this reissue is that the album was originally set to be a collaboration with Stevie Wonder. For contractual reasons, it couldn’t be shared that Wonder co-produced the album with Richard Rudolph, Riperton’s husband. “Perfect Angel: Deluxe Edition” adds 11 bonus tracks to the remastered original album, making an alternate, extended version of “Perfect Angel”. Included is a duet version of “Take a Little Trip” with Stevie Wonder.

Alice Coltrane’s posthumous re-releases of her spiritual music that was once only available at her ashram, Sai Anantam Ashram in Agoura, Calif., in the ’80s and ’90s has been compiled, remastered and released by Talking Heads leader David Byrne’s record label, Luaka Bop Records. Released in May, the album was followed by a small string of tribute concerts by her family in celebration of the album release and the 10th anniversary her passing in 2007. This album was embraced by the press, music enthusiasts and jazz lovers alike. It is certainly the highlight of 2017 album reissues.