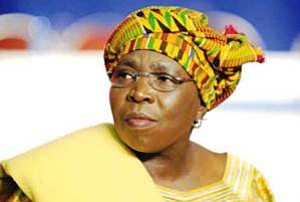 (GIN)—An outraged African Union recalled the kidnapping of Black Africans as it considered the controversial new U.S. anti-immigrant rules. After forcibly bringing Africans to the U.S. as slave labor, noted the AU, Washington now slams the door on Muslim immigrants entering the U.S.

“It is clear that globally we are entering very difficult times,” cautioned outgoing AU Commissioner Nkosazana Dlamini-Zuma, speaking at a recent two-day summit in Addis Ababa of the 53 member states. “The very country to which many of our people were taken as slaves during the trans-Atlantic slave trade has now decided to ban refugees from some of our countries.”

Just before the weekend, President Donald Trump suspended all U.S. refugee programs and banned immigration from seven Muslim-majority countries, three of which are AU members.

The executive order signed by Trump specifically bars Libyans, Somalians and Sudanese from traveling to the U.S. It also blocks visas for citizens from four Middle Eastern countries—Syria, Iraq, Yemen and Iran.

All U.S. refugee programs are frozen for 120 days, and the flow of Syrian refugees to America is ended indefinitely.

The new U.N. secretary-general, António Guterres, speaking at the AU’s summit in Ethiopia, commended African countries for opening their borders to refugees and people fleeing violence while in other parts of the world, including the developed West, they are closing borders and building walls.

He praised African nations for being among the world’s largest and most generous hosts of refugees.

Faki won in a final battle against his Kenyan counterpart, Amina Mohamed, after seven rounds of voting. The Kenyan government praised Mohamed, once the odds-on favorite, for waging a “valiant race.”

Faki takes on the role as his country’s president, Idriss Deby Itno, hands over the rotating presidency of the AU to Guinea’s Alpha Conde.

A former prime minister, Faki has been at the forefront of the fight against Islamists in Nigeria, Mali and the Sahel and has promised “development and security” will top his agenda as chief of the 54-member continental bloc.

Faki said he dreams of an Africa where the “sound of guns will be drowned out by cultural songs and rumbling factories” and pledged to streamline the bureaucratic AU during his four-year term in office.