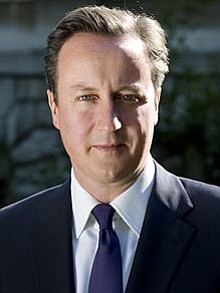 A Caribbean reparations commission appointed by governments is meeting this week to help lay the groundwork for a proposed summit with the region and former slave-trading nations in Europe.

The commission, involving representatives from all 15 nations in the bloc, was scheduled to have its first video conference meeting Monday with the need for a summit between former slave-trading nations such as Britain and France and the Caribbean high on the agenda.

There is no proposed date for the summit, but governments have already made it clear that a high-level conference on the subject would be ideal to discuss the effects of slavery and payments for African slave labor working on plantations.

Barbadian Beckles, head of the umbrella University of the West Indies and a respected academic, has already addressed both chambers of the British parliament, detailing the effects of slavery on the region, including chronic health problems such as hypertension and diabetes that researchers have traced back to poor slave diets on plantations during the colonial era.

The issue is an agenda item of the half-year regional leaders summit in Guyana in mid-February.

The commission has already sent formal letters of complaint or demand to European governments, including Britain, France, the Netherlands, Spain and others that had links to the trans-Atlantic slave trade, demanding action on reparations. Those governments have two years to respond, after which the region will take the matter to the World Court for final adjudication.

Governments had back in 2013 appointed the commission to look at the issue on behalf of the region.

And despite the fact that governments have already served the demand letters on European governments, Britain has given indications that the road ahead will be bumpy.

Ousted prime minister David Cameron had outright rejected demands for Britain to pay reparations, saying the time had passed for that, and he pointed to decades of aid disbursements as a form of reparations, a move that angered regional officials. His remarks were made to the Jamaican parliament during a 2015 visit to the island.

“I do hope that, as friends who have gone through so much together since those darkest of times, we can move on from this painful legacy and continue to build for the future,” he said. “We do not believe reparations is the right approach.”

Regional experts on the subject are quick to point out that nearly 50,000 white British slave owners were compensated at today’s equivalent value of approximately $17 billion “for loss of human property” after emancipation in the 1830s. Some included distant relatives of Cameron.

Instead of dealing with the issue as the governments would have wanted, Cameron had instead proposed an aid package worth $455 million to several Caribbean nations and had also proposed funding a jailhouse to be built in Jamaica for Jamaicans incarcerated in the U.K. to serve sentences there rather than on British soil.