‘Dreadlocks Story,’ a film about the spirituality of Jamaican Rastafarians and Indian Sadhus 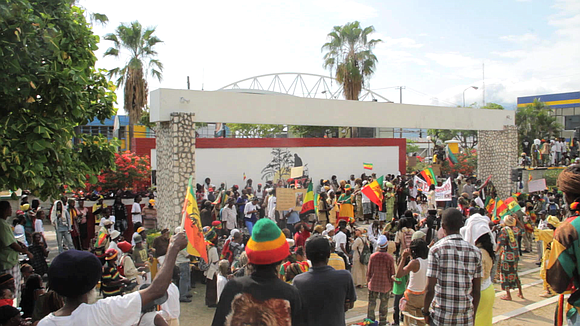 Linda Aïnouche is a French anthropologist who directed and produced her first award-winning film called “Dreadlocks Story.” This topic has to be handled correctly. “Dreadlocks Story” is about historic events and how Indian culture has affected Jamaican culture. Not only does this film touch on slavery and the history behind dreadlocks, it also discusses the connection between the spirituality of Jamaican Rastafarians and the Indian Sadhus. “Although I do not practice these religions, it’s very interesting to learn about where it first originated,” Aïnouche said. She explained that “Dreadlocks Story” is one of the first films to link the two spiritualities together. She continued, “A lot of people may know about the religions, but after watching this film, people can be informed even more.”

The film takes place in parts of India, Jamaica, France and the United States and is translated in four different languages. It took roughly two years to make and first debuted in November 2014. The film has been shown all over the world and at different universities all over the globe. It has also been submitted to many film festivals, winning four awards for Best Feature Documentary and winning the Platinum Documentary Feature Competition. “I am really grateful for the feedback I have been getting,” Aïnouche said. “Although it was a low-budgeted movie and took a lot of dedication, I am glad of how successful it has become. I also appreciate the people who helped me work on this film to tell their story.”

During the time Aïnouche was in college, she studied abroad and visited several countries all over the world. She now has a Ph.D. in Anthropology in Minority Studies. For most of her professional life, she worked in India. She is currently living in New York City. She noted, “I always enjoyed meeting new people and learning about the different cultures all around the world.”

In the spirit of Bob Marley’s 72nd birthday, Aïnouche will show her film Monday, Feb. 6, at Columbia University in New York City. The film will be shown at 3009 Broadway at West 117th Street at 304 Barnard Hall building. The screening starts at 6 p.m., and admission is free. After the screening, there will be a panel discussion in partnership with the Institute of Latin American Studies, the Caribbean Center and the Forum on Migration. Feb. 17 at UPenn, Aïnouche will be a guest speaking about her experience in directing and producing her own film. This event will be hosted by CAMRA LAB series. According to the “Dreadlocks Story” website, her film will also be shown at the Timehri Film Festival in Guyana.

For more information about upcoming screenings, please go to dreadlockstory.com.