ATI heats up the Armory for the Millrose Games 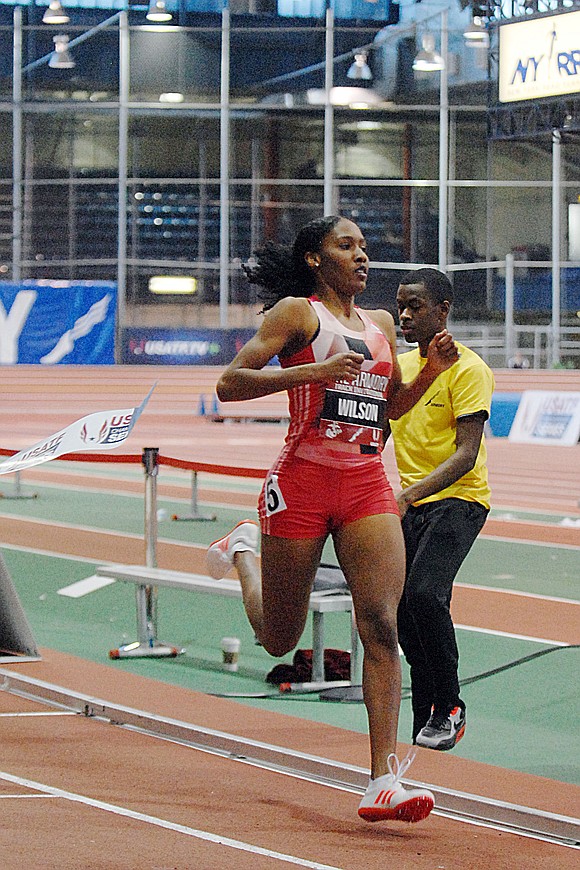 The Armory Track Invitational can stand on its own as a competitive meet that attracts some of track and field’s elite international athletes. Yet, last weekend at the New Balance Track & Field Center at the Armory in Washington Heights, it served as a prelude to the sport’s most anticipated and venerable event on the indoor circuit.

The 110th presentation of the Millrose Games will take center stage Saturday beginning at noon It will be stocked with many of the world’s best such as Queens native and former Cardozo high school star Dalilah Muhammad, the gold medalist in the women’s 400-meter hurdles at last summer’s Rio Olympics. Muhammad will be running in the women’s 500-meters.

Matthew Centrowitz, who spectacularly captured gold for the United States in the 1500-meters in Rio, will face a stellar field in the Paavo Nurmi Two Miles. The 2016 Olympic women’s long jump champion, Tianna Bartoletta, who also won a gold at the 2012 London Olympics as well as in Rio as part of the USA’s women’s 4x100 meter relay teams, will seek a Millrose title in the 60-meters.

Xie Zhenye from China will be pursuing his nation’s first Millrose victory when he stares down a formidable men’s 60-meter contingent. David “DJ” Principe from Providence, R.I., will be endeavoring to become only the third scholastic miler to ever run the distance indoors in under four minutes, joining Alan Webb and Drew Hunter as the only high schoolers to achieve the feat.

Both Webb and Hunter provided supporting evidence that the Armory is one of the world’s fastest indoor surfaces by breaking their historic records at the venue, with Webb clocking 3:59.86 in 2001 and Hunter bettering that mark at last year’s Armory Track Invitational recording 3:58.25.