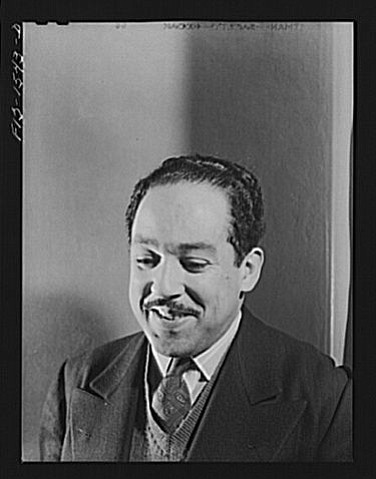 The period of time between the late 1910s and the mid-1930s, when Black cultures thrived in northern Manhattan, is known as the Harlem Renaissance. Historians generally regard this movement as one of the main initiators of the African-American’s rebirth—artistically, culturally, economically, educationally, politically and socially—in the Western Hemisphere during the past 100 years.

Barely half a century after the inhumane institution of chattel slavery was allegedly abolished in the land of the free in 1865 after the Civil War, and several decades removed from the Reconstruction era (1865-1877), millions of the descendants of those formerly enslaved Africans relocated from the economically deprived rural South to the industrialized urban North during the Great Migration throughout the earlier half of the 20th century.

As the racist Jim Crow segregation laws and lynching thrived down South, Blacks found solace in a rapidly developing, and more liberal, New York City, where Africans from the Caribbean amalgamated with them.

In 1917, Virgin Islands native Hubert Harrison, “The Father of Harlem Radicalism,” established the first newspaper and first organization of the “New Negro” movement—The Voice and the Liberty League.

A decade later, Harrison argued that “the Negro Literary Renaissance” notion overlooked “the stream of literary and artistic products which had flowed uninterruptedly from Negro writers from 1850 to the present,” and said the so-called Renaissance was largely “a [Caucasian] invention.”

Yet the new term stuck.

Fueled by relevant education and spiritual emancipation, the self-determining movement reinforced race pride among Blacks by challenging society’s degrading stereotypes and providing alternative Black images from those portrayed in black-face and minstrel shows.

Also, with Noble Drew Ali’s Moorish Science Temple being established in Newark, N.J., in 1913, it didn’t take long for Islam to gain popularity in Harlem. Voodoo’s spiritual system provided alternatives to European-based Christianity and was very influential then.

Duke Ellington, Fats Waller, Jelly Roll Morton, Roland Hayes and Willie “The Lion” Smith gained prominence during this era, and their music would go on to influence future generations.

During this time, blues and jazz music blossomed. Artists and writers attracted millions from the African Diaspora as they recounted the grim realities they endured in the wilderness of North America.

“The zenith of this flowering of [Black] literature,” is how James Weldon Johnson described the Harlem Renaissance.

Actors/entertainers Paul Robeson and Josephine Baker helped redefine how Black men and women were portrayed by reinforcing positive and uplifting images of their race, and by becoming major fashion trendsetters.

W.E.B. Du Bois was among those from the Black intelligentsia, who also contributed to the Harlem Renaissance.

“[The Blackman] must build on his own basis apart from the [Caucasian] man’s foundation if he ever hopes to be a master builder,” said Marcus Garvey.

Marcus Garvey’s U.N.I.A. “back to Africa” campaign and Arthur Schomburg’s display of rare African artifacts both contributed to conservations regarding the Pan-African paradigm.

There are many others who also contributed. The Great Depression during the 1930s and several other factors caught many off guard and sidetracked the movement, although many ideas lived on much longer.

The Harlem Renaissance allowed African-Americans to resurrect themselves and go from being portrayed as uneducated country bumpkins to projecting positive images of themselves as articulate, progressive, sophisticated artists and intellectuals, all of which significantly raised their self-esteem. It also gave them a platform to have a voice and redefined how America, and the world, viewed African-Americans. Additionally, it helped plant the seeds for the Civil Rights and Black Power movements that followed decades later.