Jeff Sessions confirmed to be the next attorney general 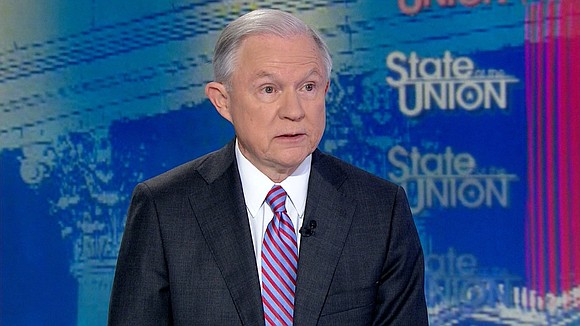 WASHINGTON (CNN) -- The Senate voted Wednesday to confirm Sen. Jeff Sessions of Alabama as the next attorney general, surviving a vocal push by Democrats to derail his nomination.

The 52-47 vote was mostly along party lines, though one Democrat, Sen. Joe Manchin, joined the Republicans to back their Alabama colleague.

The final vote for Sessions -- one of Trump's closest advisers and his earliest supporter in the Senate -- came after 30 hours of debate from Democrats and a stunning fight between liberal Sen. Elizabeth Warren and Senate Republicans which ended in her being forced to sit down after she was accused of impugning Sessions.

Sessions said he would resign from his office 11:59 p.m. Wednesday and the White House is scheduled to swear him in Thursday morning.

"It was a special night," Sessions told reporters on Capitol Hill after his confirmation. "I appreciate the friendship from my colleagues -- even those who, many of them who didn't feel able to vote for me. They were cordial, and so we continue to have good relations and will continue to do the best I can."

The fight over Sessions nomination spurred some of the most jarring, and at times personal attacks, rooted in allegations that Sessions was a racist -- claims the Alabama senator and his supporters have fiercely denied. Even early in the nomination process, one of Sessions' colleagues, Cory Booker, became the first sitting senator to testify against another sitting senator during his confirmation hearing.

Shortly before the vote, Senate Majority Leader Mitch McConnell took to the Senate floor to sing the praises of Sessions, after Democrats spent hours criticizing him.

"He's just a likable guy, one of the most humble and most considerate people you'll ever meet," McConnell said. "He's a true Southern gentleman."

While some left-leaning groups issued statements promising to stand up and continue raising awareness about their disagreements with Sessions, Republican Sen. Jim Inhofe questioned how effective they could be in trying to keep up the fight.

"What are they going to do? He's the attorney general. Where does the fight start? Where's the ammunition?" He said to reporters.

In the debate Tuesday evening, after Republicans already blocked a Senate filibuster, Warren reignited that debate by reading from a 1986 letter Coretta Scott King sent opposing Sessions for a federal judgeship.

"'Anyone who has used the power of his office as United States Attorney to intimidate and chill the free exercise of the ballot by citizens should not be elevated to our courts,'" Warren read from King's letter. McConnell accused Warren of impugning Sessions on the Senate floor -- a violation of Senate rules -- and after a series of procedural votes, she was forced to sit down and stop debating.

Warren's censure and subsequent reaction continued to largely overshadow the Sessions fight in the hours before his vote, but the Massachusetts Democrat told CNN's Manu Raju said Sessions, whom she served with in the chamber, is just the latest example of a poor Cabinet choice.