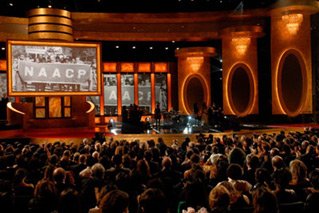 It’s time for our annual Hollywood Road Trip, which begins with the 48th NAACP Image Awards, which celebrate the best accomplishments of people of color in the fields of television, music, literature and film, and also honors individuals or groups who promote social justice through creative endeavors.

One of the highlights is the NAACP Entertainer of the Year, a special honor that is bestowed upon an individual within the entertainment industry who has achieved notable success in multiple projects and mediums.

As previously announced, LeBron James will be presented with the NAACP Jackie Robinson Sports Award, and Harvard Law professor Charles J. Ogletree Jr. will be honored with the NAACP Chairman’s Award.