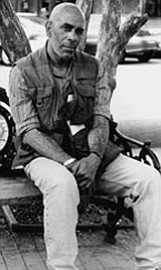 One of William Melvin Kelley’s novels, “A Different Drummer,” signaled his complex, singular style and literary penchant. Ever the experimentalist with a satirical bent, particularly on race relations, Kelley was at once inclusive and exclusive to the Black Arts Movement. Kelley, 79, joined the ancestors Wednesday, Feb. 1, at Lenox Hill Hospital.

According to a statement from his family, Kelley had been on dialysis for 18 years, after bladder cancer caused his kidneys to fail. He had a leg amputated because of circulatory issues in 2009, but none of these health issues kept him from fulfilling his teaching assignments in creative writing at Sarah Lawrence College twice a week.

Born Nov. 1, 1937, Kelley was the son of William Melvin Kelley Sr. who was an editor at the Amsterdam News from 1922 to 1934. He grew up in the North Bronx and attended Fieldston School in Riverdale. As a student at Harvard University in 1956, his aim was to become a lawyer, but his gift as a storyteller was hard to suppress and he switched his major to English. Under the guidance of John Hawkes and poet Archibald McLeish, Kelley burnished his writing skills, and his short story “The Poker Party” won Harvard’s Dana Reed Prize.

So strong was the compulsion to write that he left Harvard six months short of a degree and devoted himself to writing full time, an activity that resulted in his first novel, “A Different Drummer,” in 1962. Two years later, “Dancers on the Shore,” a collection of short stories, was published. And this book was followed in 1965 by “A Drop of Patience.”

This second novel arrived almost simultaneously with the assassination of Malcolm X, and Kelley secured an assignment to cover the subsequent trials of the accused. The ordeal had a tremendous impact on him, so much so that within two years he and his family moved to Paris. “Dem,” his third novel, published in 1967, to a large extent tropes the turbulent race relations of the period, with a large dose of surrealism. “The narrator of ‘Dem’ is Mitchell Pierce, a white man, whose wife, Tam, surprises him by bearing fraternal twins, one white and one Black,” critic Robert Fleming wrote in the “Oxford Companion to African-American Literature.” Pierce explores Harlem looking for his wife’s African-American lover. For the most part, the novel is a symbiosis of Black and white relations in America.

The family’s next residence was on the island of Jamaica and they lived there until 1977. By the time Kelley and family were back in the U.S., “Dunfords Travels Everywheres” was published and they settled in Harlem. This book would be his last novel. The remainder of his literary career was devoted to essays and short stories, many of them appearing in leading magazines.

Kelley, an avid photographer and filmmaker, amassed a number of awards, including the Rosenthal Foundation Award and John Hay Whitney Foundation Award. He was saluted and received honors from the Black Academy of Arts and Letters, and was the recipient of the Anisfield-Wolf Book Award for Lifetime Achievement in 2008.

He is survived by his wife, Karen (Aiki) Kelley; his daughters, Jessica and Cira; his grandchildren, Cherlonda, Blossom and Joshua; a great-grandson, Sky; and a gray cat, Dolce. An older sister, Sinah E. Kelley, a chemist, predeceased him.

According to the family, he will be cremated by Benta Funeral Home and a memorial service is pending.