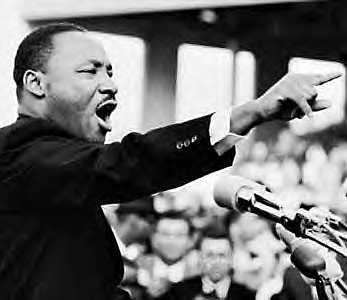 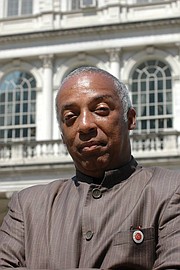 In 1967 Dr. King said, “The majority of [Black] political leaders … are still selected by white leadership, elevated to positions, supplied with resources and inevitably subjected to white control. The mass of [Blacks] nurtures a healthy suspicion toward this manufactured leader.”

Dr. King, I couldn’t agree with you more! These words still hold true today. We must move on from white-controlled Black conservatives and Black liberal dependent leadership and embrace Black radical independents, unbought and unbossed leadership.

In our fight for justice and liberation from a racist, greedy capitalistic system that produces poverty, unemployment, mass incarceration, police terrorism, miseducation, inadequate health care, homelessness and income and wealth inequality, we cannot look toward Black conservatism that blames us for our oppression and lets the system off the hook as a strategy to utilize in our struggle for liberation. I think that is clear to an overwhelming majority of our people. However, when it comes to Black liberalism, as Malcolm X said, we’ve been had, we’ve been took, we’ve been hoodwinked and we’ve been bamboozled. Black liberals, who sometimes call themselves progressives, believe that this racist, capitalist system can be reformed and is salvageable. They “go along to get along” so that they may be accepted by white men in power. Black liberals prioritize their party over the people. They prioritize rugged individualism and personal ambition over the uplifting liberation and collective progress of the people. Black liberals believe in the philosophy of “no permanent friends, no permanent enemies, only permanent interest.” Their personal interest! This kind of Black liberal leadership is very dependent upon white political and financial support. They will not call for a radical systemic change of the racist, capitalistic system because they don’t have the “freedom” to do that. They will focus on the symptoms, not the root causes, of our oppression. They believe in the system!

There is no question in my mind that Donald Trump is a racist, misogynistic, xenophobic, neo-fascist control freak who is in need of therapy. All protest, litigation, mobilization and organization against him is a good thing and should escalate. However, I want to caution us not to be fooled as we mobilize against the in-your-face overt bite of the neo-fascist wolf because the hidden covert bite of the neo-liberal fox can be very painful and deadly as well. I doubt you’ll see any demonstrations against the fox’s bite.

Once again I turn to Dr. King, who I firmly believe evolved from “I Have a Dream” and integration in 1963 to the development of a “radical vision” in 1968 as he questioned whether he was integrating into a “burning house” and called for America to “equitably redistribute wealth” and move toward “democratic socialism.” Here’s Dr. King in his own words: “For years I labored with the idea of reforming the existing institutions of the south, a little change here, and a little change there. Now I feel quite differently. I think you’ve got to have a radical reconstruction of the entire society, a revolution of values.” Right on Dr. King! Food for thought! Power to the People! Forward ever!