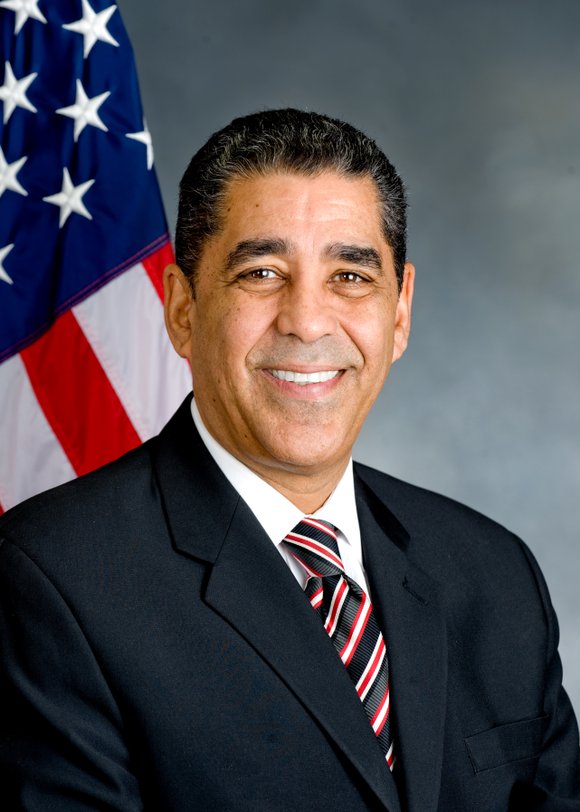 “During Black History Month, as a representative of New York’s 13th District, it is incumbent on me to highlight and celebrate the rich history of my predecessors, Congressman Adam Clayton Powell Jr. and Congressman Charles B. Rangel,” said Espaillat.

Highlighting both of the honorees’ legacies, Espaillat focused on Powell’s 20-year tenure in Congress and his work to raise minimum wage and to provide funding for public schools and libraries. Espaillat pointed out Rangel’s nearly 50-year tenure and his accomplishments as a founding member of the Congressional Black Caucus and as chair of the House Committee on Ways and Means.

“Congressman Rangel’s place in African-American history transcends Harlem and New York City as he dedicated his career in public service advocating for non-discrimination, developing urban neighborhoods and protecting veterans like himself from disfranchisement in communities across the nation,” Espaillat noted.

Calling his predecessors “political giants and trailblazers in American history,” he added that he was honored to follow in the two men’s paths to represent New York’s 13th Congressional District.