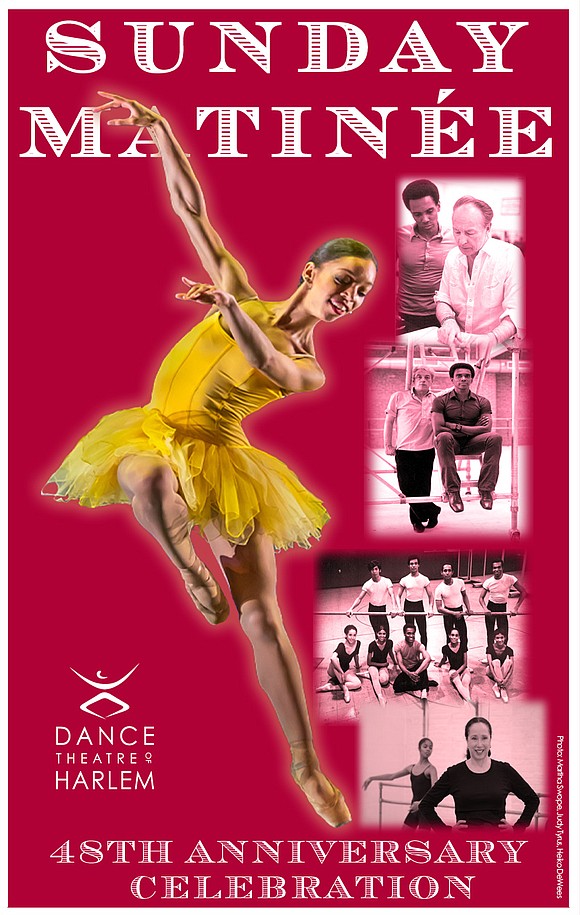 Virginia Johnson, Artistic Director of Dance Theatre of Harlem (DTH) is excited about the upcoming celebration of the company’s 48th Anniversary on Sunday, February 19 at its 152nd Street headquarters.

Asked if in her wildest dreams she’d could have imagined being at the helm of DTH 48 years ago when she was one of the original members of the historic ballet company, Johnson paused and took a deep breath. “You know, when you’re a dancer, you’re only thinking about what you’re doing as a dancer so I’m amazed that we’re 48 years away from that first year. It’s very exciting and it’s such a testament to Arthur Mitchell’s vision and wisdom. He really understood that there’s a tremendous need, not just in ballet but also in the world, for a company like Dance Theatre of Harlem.

“I certainly didn’t know back in 1969 that there was something going on that was much larger than just Arthur creating opportunities for dancers like me, but there was and it involved making a statement about what classical ballet could look like. I think Arthur was a visionary very much engaged with that concept,“ she added.

Johnson then underscored the creative genius of the company’s founder whose place in history had already been firmly established when he became the first Black principal dancer with a major American ballet company, New York City Ballet (NYCB). “Mr. Mitchell is a true disciple of the late George Balanchine, the creator and Artistic Director of NYCB, who imagined ballet as something very different from what it was in Europe. Well, Arthur took that vision one step further when he created DTH.”

He did that with the help of teacher/mentor and Associate Artistic Director, Karel Shook and an eager group of talented dancers that included Virginia Johnson. Of course, Mitchell was also blessed with enthusiastic, well-endowed friends, like NYCB’s Balanchine and Lincoln Kirstein, a generous Ford Foundation grant, and friends like cultural icons actress Cicely Tyson, opera singer Leontyne Price and more. But, most of all, DTH was welcomed by critics and fans who realized it was filling a gaping void in the American cultural landscape.

Even after close to half a century, that void, few would argue, is still larger than it should be but it is one Dance Theatre of Harlem is struggling to eradicate. DTH’s ability to survive and thrive is a major step in that process as it provides training, opportunity and a welcoming environment for countless aspiring dancers.. That is what the February 19th celebration is all about because DTH’s very existence DTH offers a model of what ballet could be and, in fact, is fast becoming – diverse.

“I think It’s also about what kind of energy does ballet have, what kind of emotion is it possible to invoke from this and what kind of empowerment do you get from experiencing what looks like the world we’re living in now,” Johnson says. To that end, Johnson is playing a major role in working with other ballet companies to develop a sustainable model of a diverse ballet company. This is by no means a new issue, but, in 2015 it shot to the top of everyone’s to-do-list when ABT’s Misty Copeland shattered the glass ceiling by becoming the first African American principal ballerina in that company’s 75-year-history. Of course, what helped get everyone’s attention was the fact that, as one major foundation head has noted, Copeland’s performances are major audience draws and box office gold.