The Black Press played a vital role in 'Hidden Figures' 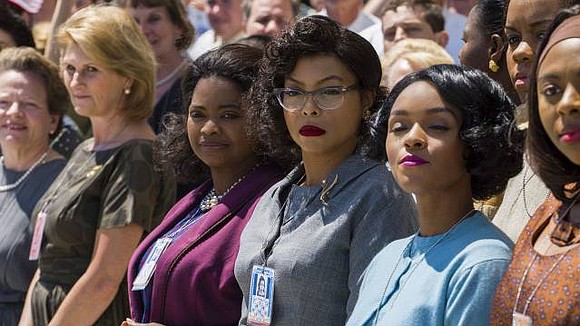 In her book, “Hidden Figures,” author Margot Lee Shetterly pays homage to the African-American women who worked as human computers in the space program.

It’s a book that’s spawned an Academy Award-nominated movie and has brought to the fore the accomplishments of Katherine Johnson, Dorothy Vaughan and Mary Jackson, the brilliant Black women who worked at NASA serving as the brains behind America’s nascent space program starting in the 1950s.

Inside the book, Shetterly also pays homage to where she first got the notion to write such a historical masterpiece.

“In the first week of May 1942, the ‘Norfolk Journal and Guide’ published an article that would…be like a signpost for the road not taken,” Shetterly said.

She even recalled the headline that accompanied the piece in one of the nation’s oldest African-American-owned newspapers.

“Paving the Way for Women Engineers,” the headline blared.

“‘The Journal and Guide’ and the ‘Pittsburgh Courier,’ two of the granddaddies of the Black Press, are mentioned prominently inside the hard cover copies of the book with a picture that dates back to the 1940s,” said Brenda Andrews, president, publisher and owner of “The New Journal and Guide.”

The Journal and Guide published its first issues in 1900 and, during the World War II, by many accounts, was the largest Black employer in the South, according to Andrews.

Its circulation topped 100,000 and Andrews said the newspaper joined others like the “Chicago Defender,” the “Baltimore Afro-American” and the “Pittsburgh Courier” in taking the lead in writing about Black interests and recording African-American history.

“We were hidden figures ourselves until about the 1960s,” Andrews said of the Black Press in America, which this year celebrates 190 years in operation. “This story and how the author researched ‘Hidden Figures’ is an example of what the Black Press has been doing, which is recording Black history.”

Andrews continued: “When I speak with people, even today in the 21st century, people are curious about the Black Press’ role. We were in the shadows in our community, doing the work, recording information.”

“Even today, we’re not properly recognized for recording that history. We were hidden in Black areas among Black people,” she said. “It came about that World War II was significant, because it was our activism that stories of segregated troops were told.”

During World War II, the Black Press led the call for a “Double V” victory against fascism abroad and against Jim Crow in the United States.

Reportedly, with such a slogan, many historians regarded this campaign as the groundwork for the Black activism that characterized the Civil Rights Movement.

Black newspapers, led by the “Norfolk Journal and Guide,” the “Chicago Defender,” the “Pittsburgh Courier” and the “AFRO,” took a conservative effort and channeled Black militancy into nationalistic ends.