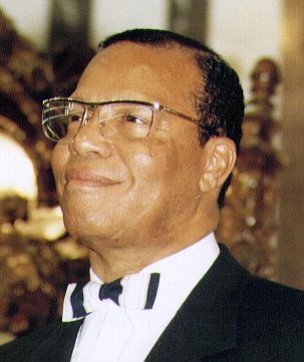 For those who thought that because of the anti-Islamic atmosphere present in America the 83-year-old head of the Nation of Islam, the Hon. Minister Louis Farrakhan, would temper his remarks during his keynote address before thousands at the Joe Louis Arena in Detroit, Mich. on Feb. 19, you were wrong.

“The God of Justice has come and America now must pay for what she has done. I am here to announce today the end of this world and the beginning of a brand-new reality where all human beings will enjoy peace, justice and equality under the rule of Allah [God],” Farrakhan told the cheering crowd. According to the Final Call News, the official publication of the NOI, the Muslim leader was “speaking as a divine warner from God.”

The Muslim organization once again gathered in the city where its founder, known as Master Fard Muhammad, encountered, in 1930, the NOI’s patriarch, the Hon. Elijah Muhammad, while teaching in Detroit’s “Black Bottom” community. The NOI’s annual celebration is called Saviors’ Day and it marks Master Fard Muhammad’s birthday. The organization moved to Chicago, where it is now based. Farrakhan’s three-hour address was a reaffirmation that the NOI would continue its call for a separate Black nation going forward. To the gathering at the sold-out arena, he said, “God wants you to separate. He wants you to have a nation of your own.” The theme for SD 2017 was “Have No Fear for the Future: The Future Is Ours.”

He asked the gathering to understand why racial integration was not working in America and that racism and white supremacist groups were gaining strength because whites “don’t want to be with you.”

Turning his attention to domestic issues, Farrakhan criticized men for abusing women, and being immature and irresponsible. “We have nothing to offer women,” he said.

The man who convened the 1995 Million Man March, praised the Women’s March on Washington held in January. “That was one of the greatest demonstrations I have seen in the history of protests,” Farrakhan said. “It was a protest against men who have mistreated women, and put women down.”

Turning to the recent presidential election, Farrakhan said, “Many of you are so hurt because Queen Hillary lost. And some of you, now, have cursed me out because I didn’t vote for her. I didn’t vote for Trump. I knew both of them were the same: You are not going to get anything from either one, but more deceit from Hillary and more straight talk from Trump. He told you, you didn’t have nothing to lose. You been a Democrat all your life and don’t have a damn thing to show for it!”

Farrakhan, however, had a stern warning for the 45th president, who insists that if Chicago’s Mayor Rahm Emmanuel doesn’t stop the violence, he would send in the “feds.”

“My brothers are in bad shape … and I have warned all of you,” Farrakhan said. “I told you the Army was coming. They are coming with a mind to slaughter us. I have said it not just for a year, but for three decades. I have been warning you about the government of America planning a war not only with Muslims overseas but with Black people and the Nation of Islam in America.”

He added, “So I am saying to Mr. Trump, not being disrespectful: You can come, bring your Army. But if you slaughter my little brothers, watch what God will do for you.”

He asked former President Barack Obama to “have coffee to talk about ways to help Chicago and avoid having to bring in troops.”

According to the Detroit Free Press, there were local religious and political leaders in attendance, including Detroit City Council President Brenda Jones and State Senator Bert Johnson.