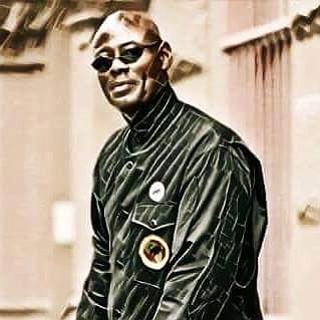 “When you’re a Black leader of the magnitude of a Malcolm X, Khalid Muhammad and the Father, and your headquarters are based in Harlem, you are one of the cogs in the wheel that’s making Harlem special,” said Abiodun Oyewole, founding member of legendary hip-hop progenitors, the Last Poets.

All three migrated to Harlem and studied the teachings of the Honorable Elijah Muhammad at the Nation of Islam’s Temple #7 in Harlem. Malcolm X became the minister there when it was located at 102 W. 116th St., and The Father joined his wife Dora there in 1959, where he was known as Brother Clarence 13X.

“The impact those two men had on giving young African-Americans an alternative way of seeing and analyzing the American political and economic system, and also giving themselves an alternative avenue to develop as Black men, build their families and fashion communities,” explained Professor James Small. “Khalid’s analysis of white supremacy, white oppression in the Black community, his analysis of the damage to the Black psyche done by the white-control of the socialization process in the educational system, probably had no equal.”

“Allah felt that he could better lead if he took that same body of knowledge that the NOI had and took it to the brothers in the streets and give it to the Black youths, and so was born the Five Percenters,” Small explained. “Malcolm X started the OAAU and Muslim Mosque Incorporated.”

Oyewole added, “I only met the Father once, at their school, but I do know about his work. Anything that’s for Black people, I support. He galvanized young men to know who they are and their purpose, almost like a rite of passage to become men. Malcolm represented a type of royalty we all appreciate. He gave us examples of what a Black man should be.”

Khalid left the NOI in 1994 and headed the New Black Panther Party shortly thereafter, also focusing on the youths who were overcoming the crack epidemic.

“These brothers brought to the Black community the primary ideological cluster of information that the youth are using around the world today to organize their communities, to build businesses, to build institutions, to build rites of passage programs, to fight police brutality,” noted Small. “After all three of these men left the NOI, their focus was on political and economic redemption. Youths around the world are now using their teachings to raise their consciousness and inform and instruct their behavior and to achieve the goals that will lead to self-determination and freedom and independence for Black people wherever we find ourselves.”

“All of these folks have died for a purpose,” Oyewole explained. “They were in the throes of trying to do something really good for their people, and someone decided to take them out before their time. That has multiplied their existence because of the power they represented and the impact that they made. So I am very proud to come from that strand. They are still here because of the work they left. Many of us are still trying to live it.”