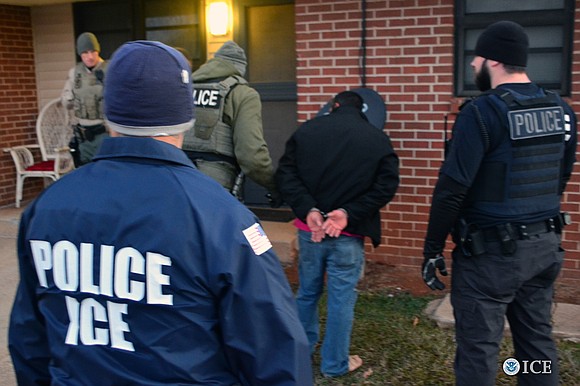 The Trump administration may be considering a proposal to mobilize as many as 100,000 National Guard troops to detain unauthorized immigrants in 11 states, according to a draft memo obtained by The Associated Press.

Friday, Feb. 17, the AP stated on Twitter that it had obtained the 11-page document, which called for unprecedented use of the National Guard in the border states of California, Arizona, New Mexico and Texas, in the neighboring states of Louisiana, Arkansas, Oklahoma, Colorado, Utah and Nevada and as far north as Oregon.

The AP claims that the memo, dated Jan. 25, and written by Department of Homeland Security Secretary John Kelly, had been circulating among DHS staff for approximately two weeks.

The memo says that participating troops would be authorized “to perform the functions of an immigration officer in relation to the investigation, apprehension and detention of aliens in the United States.” It further states that personnel would be authorized to conduct searches and identify and arrest any unauthorized immigrants. It also says that governors in the 11 states would have a choice of whether to have their guard troops participate.

President Trump ran his campaign on the promises of deporting undocumented immigrants and building a wall along the U.S.-Mexico border. He started his term by signing an executive order to direct the construction of such a wall, as well as an order to boost the number of Border Patrol agents and Immigration and Customs Enforcement officers.

White House Press Secretary Sean Spicer called the report “100 percent false” via Twitter, although he told reporters that he couldn’t say that the move had never been discussed in the administration.

“I don’t know what could potentially be out there, but I know that there is no effort to do what is potentially suggested,” he said. “It is not a White House document.”

The DHS echoed the White House in denying the document.

“It’s incorrect,” David Lapan, a spokesman for the DHS, said. “The department is not considering mobilizing the National Guard for immigration enforcement.”

However, the AP reported that staffers in the DHS said the proposal had been discussed as recently as last Friday.