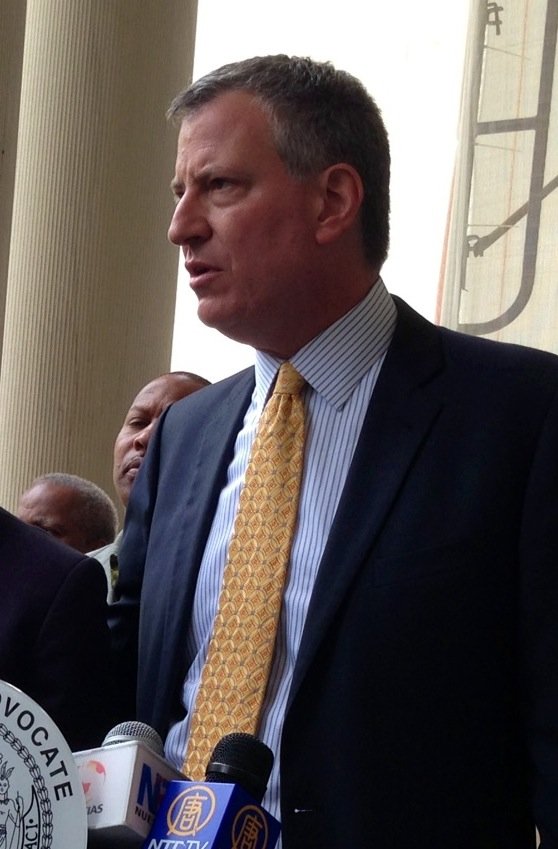 Mayor Bill de Blasio deserves a full measure of credit for proposing that the City provide a right to counsel to low-income tenants facing eviction in Housing Court. A universal right to counsel has been long sought by housing advocates as a means to avoid preventable evictions and preserve safe, affordable housing for low-income New Yorkers. The Mayor will back it up by a proposed $93 million allocation over five years.

This is just the type of progressive policymaking many New Yorkers want to see from our mayor. It proves that Mayor de Blasio is not gun-shy about investing the City’s resources in forward-thinking ideas that can do the most immediate good. And right now, at the dawn of the Trump administration with its looming promise of federal spending cuts, there’s no better time to shift a few budget priorities to fund policies like this that will truly improve people’s lives, in the process providing a concrete and actionable blueprint for the rest of the country.

During his `State of the City’ address last week at the Apollo Theater, the mayor said New York faces an “affordability crisis that threatens the very soul of the City.” He’s absolutely correct. Which is why the City should be taking steps within its power to make New York more affordable for those struggling the hardest to get jobs, higher education, and all the things that will drive upward mobility.

And the start of the 2017 mayoral election season is as good a time as any for Mayor de Blasio to burnish his progressive credentials. To use the power of the purse to work with the New York City Council to enact a progressive agenda. To unapologetically step up on behalf of the neediest New Yorkers who are arguably the city’s least powerful political constituents. As President John F. Kennedy noted in his monumental work, Profiles in Courage, “If a free society cannot help the many who are poor, it cannot save the few who are rich.” To paraphrase President Kennedy, given the situation in Washington, New York City needs a mayor who looks ahead and not behind, who welcomes new ideas without rigid reactions, and who is willing to lead and act on issues that he has the power to address.

Right now, there is no shortage of social needs arising from New York City’s soaring income inequality, acute housing shortage and the largest homeless population since the Great Depression that cry out for action from City Hall. Providing a right to counsel in Housing Court and deepening income-targeting in his ambitious Housing New York Plan, as the Mayor pledged to do in his remarks last week, are truly laudable steps in addressing the “affordability crisis.”

But the Mayor and the City Council can and should go further. They should fund half-priced MetroCards for working age New Yorkers with incomes at or below the federal poverty level. [Full disclosure: I am a member of the MTA Board.] The cost of this bold initiative, $200 million, would not break the city’s $85 billion budget and would go a long way in making our vast mass transit system more affordable to those who must rely on it to get and keep jobs, and access higher education and training programs. In the short term, money saved by low-income New Yorkers would go toward paying for essentials like rent and food. In the longer term, the economy would benefit from individuals’ ability to maintain stable employment.