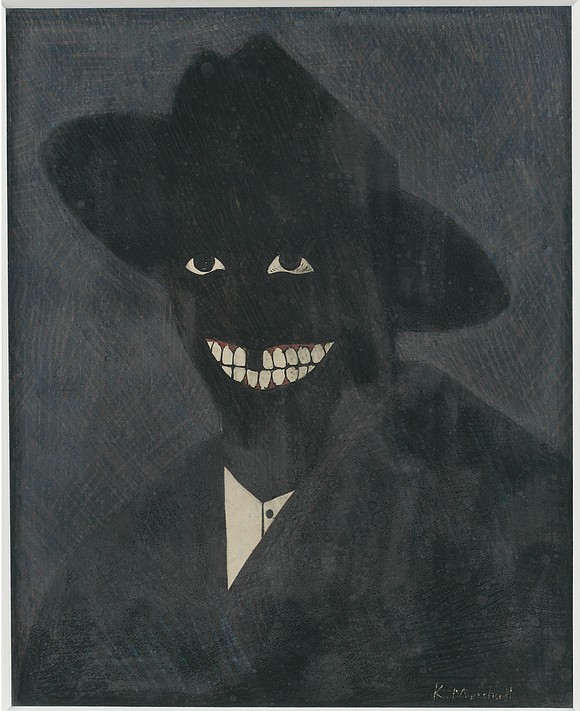 The largest museum retrospective to date of the work of American artist Kerry James Marshall (born 1955) is currently showing at the Met Breuer as a cornerstone of its inaugural season. Encompassing nearly 80 works—including 72 paintings—that span the artist’s remarkable 35-year career, this major monographic exhibition reveals Marshall’s practice to be a complex and compelling one that synthesizes a wide range of pictorial traditions to counter stereotypical representations of Black people in society and reassert the place of the Black figure within the canon of Western painting.

“Kerry James Marshall: Mastry” will be complemented by the concurrent exhibition “Kerry James Marshall Selects,” curated by the artist. Marshall will draw some 40 works from the Met collection, ranging from the Northern Renaissance to French post-impressionism, and from African masks to American photography of the 1950s and 1960s, underscoring the global and historical nature of the influences that are predominant in his practice.

Sheena Wagstaff, Leonard A. Lauder Chairman of the Met’s Department of Modern and Contemporary Art, noted, “This comprehensive look at Marshall’s work aligns perfectly with our priorities for the Met Breuer, where we are committed to expanding our thinking beyond established standards.  Marshall’s career is based on the central concern of redressing the absence of the Black figure in the canon of Western art. Through a deep knowledge of the history of art, he finds his place in it.”

Born in Birmingham, Ala. before the passage of the Civil Rights Act and witness to the Watts rebellion in 1965, Marshall has long been an inspired and imaginative chronicler of the African-American experience. He is known for his large-scale narrative history paintings featuring Black figures—defiant assertions of blackness in a medium in which African-Americans have long been invisible—and his exploration of art history covers a broad temporal swath stretching from the Renaissance to 20th century American abstraction. Marshall critically examines and reworks the Western canon through its most archetypal forms: the historical tableau, landscape and genre painting, and portraiture. His work also touches upon vernacular forms, such as the muralist tradition and the comic book to address and correct, in his words, the “vacuum in the image bank” and

to make the invisible visible.

The exhibition’s title is a play on words referencing Marshall’s comics-inspired “Rythm Mastr” series, and the works to be included range from the early and iconic—such as “A Portrait of the Artist as a Shadow of His Former Self” (1980) and “Invisible Man” (1986)—to his newest revisions of traditional history painting. One of these major, recent works—“Untitled (Studio)” (2014), a monumental picture depicting an artist’s workspace—was recently acquired by the Met. A veritable catalogue of the genres of painting, it combines still life, portraiture and landscape with trompe l’oeil and abstraction, and includes many references to the old masters. The exhibition will also reunite the five paintings of Marshall’s “Garden Project” series—pictures from the mid-1990s that serve to complicate the idea of public housing as bleak or desolate—for the first time in 20 years. Included among these works is “Watts 1963,” (1995), which depicts the artist and his siblings at play outside Nickerson Gardens, the projects in Watts where the 8-year-old Marshall and his family lived when they first moved to California in 1963. Pages from the “Rythm Mastr” project, ongoing since 1999, are also featured in the exhibition. These graphic novel panels highlight Marshall’s interest in comics as a vehicle for exploring cultural phenomena, embodied by his band of Black superheroes and his incorporation of